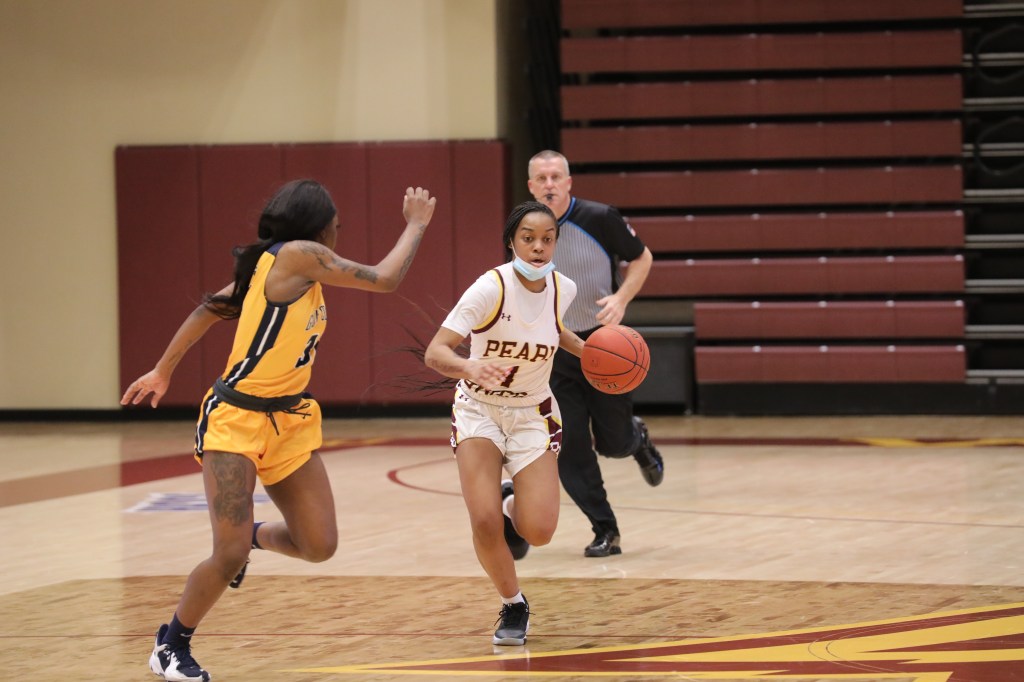 SENATOBIA, Miss. — The Pearl River women’s basketball team got back to winning ways Tuesday night, taking down Northwest 70-64 on the road.

“We told our girls that this was a must-win because we are only playing every team once and everyone is fighting for seeding and playoffs,” head coach Scotty Fletcher said. “The biggest message that I sent to the girls was that we could not let the loss last game beat us twice.

“I’m just really, really proud of the girls tonight. I’m just so proud of them because they responded. They got back up off the floor after a tough loss last week. They showed people that they have unbelievable character, a lot of integrity and they showed true grit.”

Pearl River (11-3 overall; 4-1 MACCC) and Northwest (9-6; 3-3) repeatedly traded punches throughout the night as neither team could take a big advantage over the other.

The Wildcats started out on fire, taking an 18-12 lead through the first quarter of play, but the Rangers bounced back in the second quarter and eventually grabbed a 31-30 lead just before the halftime buzzer sounded.

The back-and-forth contest continued through the third quarter of play as Pearl River took a slim 48-47 lead into the fourth.

The fourth quarter saw Pearl River build a lead, but Northwest closed the gap yet again. The Wildcats were eventually able to stop the Rangers’ comeback attempt, winning the game 70-64.

Fletcher talked about what the keys were to take down the Rangers.

“We knew that we had to play really good defense,” he said. “They’re a really talented offensive team and they score a lot of points. They stretch you and extend you. We never had our heads down or lost composure. To see the way that we fought in the third quarter and the fourth quarter was great.

“I thought Ty was a phenomenal point guard tonight,” Fletcher said. “She was a great floor leader, she valued the ball and she did a great job of dictating the rhythm on offense. I felt like Ty gave us an edge when she was in the game. She made our offense feel like we could execute and score. She set the tone defensively. She got to her spots and created shots for her teammates.”

“KeKe, BT and Marcavia are playing really good right now,” Fletcher said. “They’re contributing in every statistical category. I really felt like we got good quality minutes from everybody tonight.”

UP NEXT
Pearl River returns to action Thursday as Southwest comes to Marvin R. White Coliseum for a 6 p.m. tipoff.