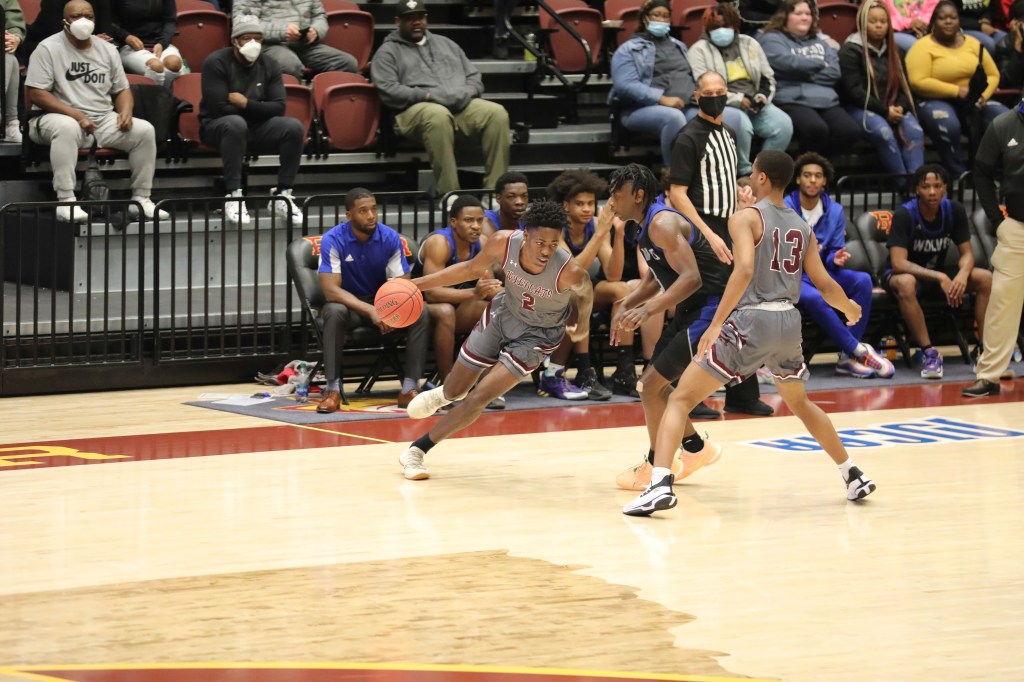 SCOOBA, Miss. — The Pearl River men’s basketball team extended its winning streak to 10 in a row with a thrilling, upset victory over No. 7 East Mississippi Thursday night, winning the game 72-59.

“I saw a very motivated team tonight,” Pearl River head coach Chris Oney said. “They really wanted to get this win. They were playing together and playing for one another. We know how good of a basketball team that we have, and we know how good our players are.”

At the 5-minute mark in the first quarter, Jaronn Wilkens put a hook shot through to put PRCC ahead 28-16.

Moments later, Earl Smith, Jr (Jackson; Lanier) received a pass from Jaronn Wilkens and swiftly nailed a shot from beyond the arc to make the score 31-18.

The Wildcats continued to pour it on in the first half of play, taking a 38-24 lead into the final play of the first half. As time was expiring, Jair Currie (Albany, N.Y.; St. Thomas More) caught a pass from Cameron Brown (Hattiesburg) and banked home a 3-pointer to take a 41-26 lead into halftime.

SECOND HALF
The second half of play saw East Mississippi cut the deficit to just nine points with 13:36 left on the clock, but J.D. Allen (Brookhaven; Wesson) hit nothing but net on a shot from way beyond the 3-point line to make the score 51-39.

EMCC fought back to make it a 51-44 game before Williams pulled the momentum back into the Wildcats favor. After EMCC picked off a pass, Williams got back in transition and blocked the shot.

The lead was once again cut to single-digits by the Lions as they hit a 3-pointer to make it 59-50, but Jariyon Wilkens (Biloxi) responded with a long jumper to make it 61-50.

The teams traded a few more baskets, but Pearl River went on to take the contest 72-59.

STATISTICALLY SPEAKING
Twins Jariyon Wilkens and Jaronn Wilkens tied for the team lead in points with 14.

“Those guys have been on the floor for us a long time. They helped us win a region championship two years ago, so big moments don’t really phase them because they’ve been part of that before. Tonight, they showed experience which is something that we needed. They came through.”

Smith was second on the team in points with nine and smith led the team in rebounds, hauling in six.

Smith and Brumfield tied for the team lead in assists, grabbing four apiece.

NEXT UP
Pearl River returns to action Monday night as Holmes makes the trip to Poplarville. The game is set to get underway at 6 p.m.