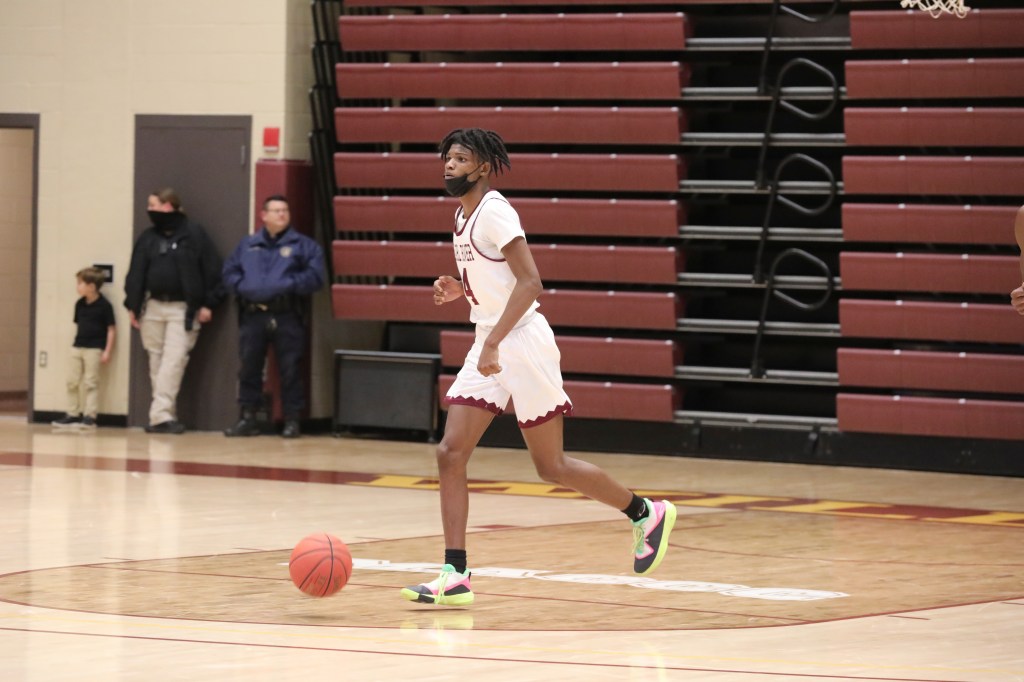 SUMMIT, Miss. — The Pearl River men’s basketball team continued its hot stretch Thursday night, going on the road and dominating Southwest, 79-62. The keeps the Wildcats undefeated in conference play.
“I thought we played well and followed the scouting report,” head coach Chris Oney said. “I think that was our best game offensively as far as turnovers go. That’s the smallest number of turnovers we’ve had in a game this season. If we don’t turn the ball over, we’re a hard team to beat.”
Pearl River (12-2 overall; 7-0 MACCC) came out of the gate blazing, going on an early 8-0 run. The run was capped off by Jaronn Wilkens (Biloxi) grabbing an offensive rebound and promptly nailing a jumper.
Southwest (10-5; 3-3) fought back to cut the Wildcat lead to just two points at 20-18 with just under 10 minutes left in the first half of play.
A few minutes later, PRCC took a 31-23 lead after an Earl Smith, Jr (Jackson; Lanier) 3-pointer.
Moments before halftime, Jair Currie (Albany, N.Y.; St. Thomas More) pulled in an offensive rebound and put it back up to make the score 42-25 at the half.
The dominance carried over into the second half of play for the Wildcats as they eventually took a 56-39 lead when Smith dished a pass underneath the basket to Wilkens who went up for the layup.
At the 9:47 mark, Carlous Williams (Hattiesburg; Harrison Central) drove into the lane and fought through the contact for a basket.
With under five minutes left in the game, Smith drove the lane to get a basket in traffic, giving Pearl River a 20-point lead, 71-51.
The Wildcats closed out the game shortly after, winning 79-62.
STATISTICALLY SPEAKING
Jaronn Wilkens led the way in scoring with a game-high 24 points. The 24-point outburst was his highest of the season.
“It’s always important to get our All-American touches and get him going,” Oney said. “I think the other guys feed off of that. We’ve just got to continue to get him the ball and see how they handle him.”
Smith was right behind him with a season-high 20 points.
“Earl was being aggressive,” Oney said. “He was taking what the defense was giving him. Earl is a very smart basketball player. He’s not going to force it. He’s going to wait and let the defensive give it to him. They were leaving him open, and he was taking advantage of it.”
Cameron Brown (Hattiesburg) was the only other Wildcat in double-digits, scoring 11 points.
Wilkens also led the team in rebounds, hauling in five. Dylan Brumfield (Hattiesburg; Oak Grove) and Brown were second on the team with four each.
Smith grabbed the team lead in assists with five.
UP NEXT
The Wildcats return to action Monday as Copiah-Lincoln comes to town. The game is set to tip off at 6 p.m.
TICKETS
Single-game tickets are available now and can be purchased at PRCCAthletics.com/tickets.
TUNE IN
All home Pearl River basketball games are livestreamed for free at PRCCMedia.com/gold. Fans who have Roku, Amazon Fire or Apple TV devices can also watch the Wildcat broadcasts by downloading the “Pearl River CC” channel from their app stores.
Games can also be heard on WRJW 1320-AM, 106.9 FM and WRJWRadio.com.
For the latest on Pearl River Community College athletics, follow us on Twitter (@PRCCAthletics) and Facebook (PRCCAthletics).