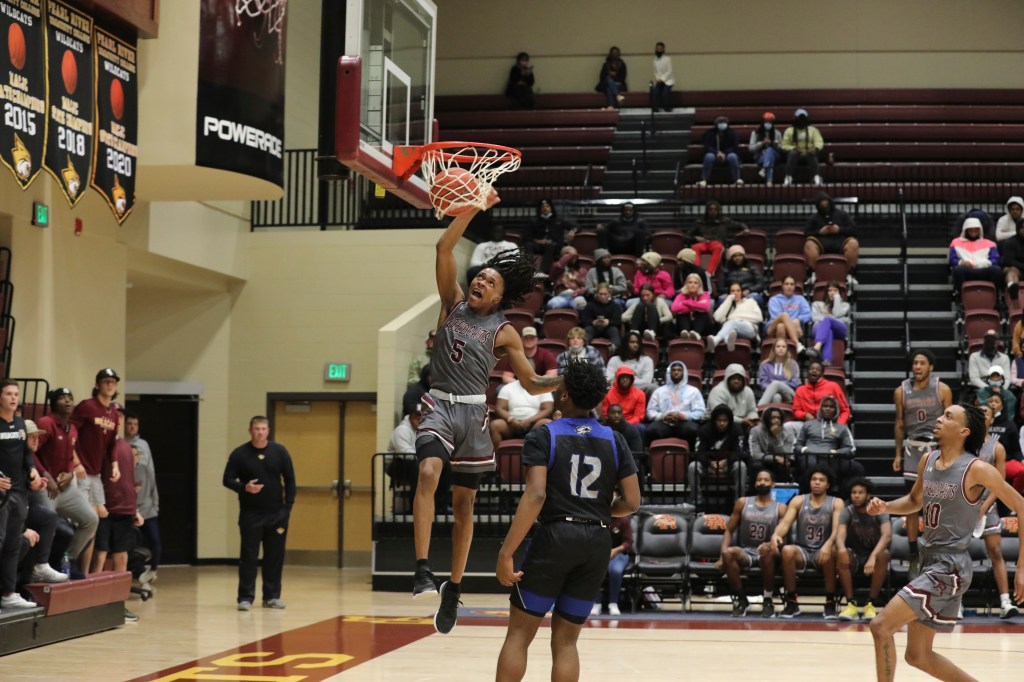 POPLARVILLE, Miss. — The Pearl River men’s basketball team defeated the visiting Copiah-Lincoln Wolves in a defensive battle Monday night by a final score of 52-42. The Wildcats extended their winning streak to nine games.

“Defensively I thought we were outstanding.” head coach Chris Oney said, “I told them at halftime that January and February were going to be tough because it is close to playoff basketball time. I thought it was good that we were challenged tonight.”

Pearl River again proved why they are the fifth-ranked defensive team in the country as they held the nation’s second-leading scorer to 20 points under his average.

FIRST HALF
The Wildcats (13-2 overall; 8-0 MACCC) started things off with a bang, as Cameron Brown (Hattiesburg) found himself wide open from the 3-point line. He proceeded to nail the shot giving Pearl River an early 3-0 lead.

Shortly thereafter, Jaronn Wilkens (Biloxi) fought through contact for a layup increasing the lead to 5-0 in favor of the Wildcats.

After a quick basket by the Wolves (5-10; 2-5), Pearl River went on another small run. Jariyon Wilkens (Biloxi) hit a wide-open jumper from the free-throw line that was followed up by a J.D. Allen (Brookhaven; Wesson) 3-pointer. The baskets forced a Wolves timeout as the Wildcats led 10-2.

With the Wildcats up 12-8, Earl Smith (Jackson; Lanier) drove into the paint drawing in most of the defense leading to an easy lob to Brison Waller (Cleveland, Oh; Garfield Heights) for the alley-oop slam. The bucket gave the Wildcats a 16-8 lead.

Shortly after, the Wildcats drove up the court and Allen sliced under the basket and laid the ball up to increase the lead to 16-8.

From there, the teams exchanged scores as Pearl River held a slim 19-14 lead midway through the first half.

The Wildcats again drove up the court after a nice defensive stand and Jariyon Wilkens found Carlous Williams(Hattiesburg; Harrison Central) for the easy layup, giving the Wildcats a 21-14 lead.

The teams again traded blows; however, Pearl River held on to the lead, entering halftime on top, 24-17.

SECOND HALF
The Wolves opened the scoring to start the second half, trimming the Wildcat lead to 24-19.

Pearl River was quick to respond through the free throw shooting of Jaronn Wilkens. The points sparked a pivotal early run for the Wildcats to start the second half. The run included a Brown 3-pointer that was followed by another layup from Jaronn Wilkens off a beautiful pass from Smith, culminating in a 31-19 Wildcat lead.

After a Wolves run cut the deficit to six, Pearl River again found a response through a Jaronn Wilkens basket, giving the Wildcats an eight-point cushion, 33-25.

Pearl River again drove up the court after another Wolves basket and Waller found Williams open under the basket for the layup, putting the Wildcats 35-27.

The Wildcats led by as much as 20, but a late Wolves run cut the deficit to 10 before Pearl River closed out the game with a 52-42 lead.

Allen added 11 of his own and also grabbed five rebounds.

Jaronn Wilkens was a force in the paint for the Wildcats as he tallied eight points and six rebounds.

Smith had a good night on the glass leading the team with nine rebounds. He also led the team in assists with five.

“Earl works very hard,” Oney said. “He was a big part in guarding the key tonight.”

UP NEXT
The Wildcats hit the road on Thursday to take on East Mississippi. The game is set to get underway at 6 p.m. and can be viewed at EMCCAthletics.com/live.