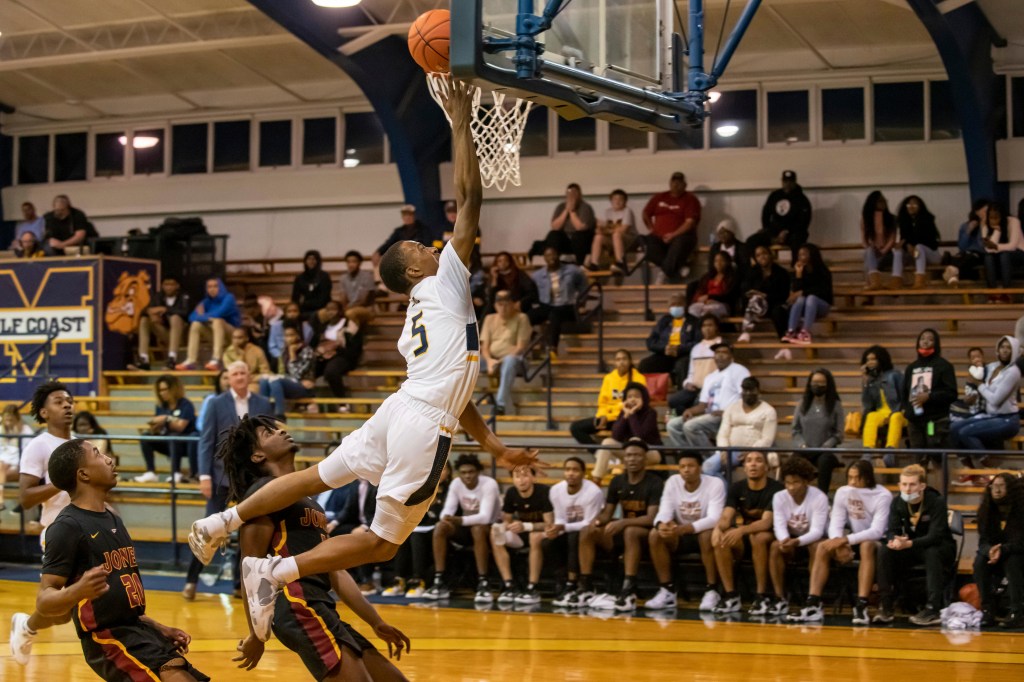 PERKINSTON — Mississippi Gulf Coast scored 30-something points under its average Thursday night, but the Bulldogs got things done on the other end to beat Itawamba 61-56 at the Weathers-Wentzell Center.

“We just had a bad night shooting,” Gulf Coast coach Tim Ryan said. “We shot 16 percent from the 3-point line. We’re better than that; we’re not a great 3-point shooting team on the whole, but we’re better than that. What I was proud of the guys was we found another way to win. That was through our defense.”

The Bulldogs held Fred Cleveland, ICC’s leading scorer, to just six points. Donovan Sanders (Fr., Lake Cormorant/Walls) drew the bulk of that defensive assignment in a Diamond-and-1 scheme. He finished with 11 points and five assists, and his driving layup broke a 52-all tie with 1:49 to play.

Gulf Coast drew up a play for Anthony Ratliff (So., Terry/Jackson), who finished a 13-point, 12-rebound double-double. It broke down, but Sanders took it to the rack.

Cleveland missed a free throw at the other end, and Melvion Flanagan (So., Peabody/Alexandria, La.) drove baseline with the shot clock running out. He saw Ratliff flash down the lane, and the dish led to a dunk

“That was a big-time pass from Melvion to find Ratliff,” Ryan said. “He didn’t try to do too much. He gave it up.”

ICC missed a shot at the other end, and Sanders found Ratliff for a run-out dunk that put the game out of reach.

Flanagan fell one point short of extending his streak of 20-point games to seven. Caleb McCarty (So., Biloxi/Biloxi) had seven points, seven rebounds and three blocks.

MGCCC hits the road Monday for a game at Meridian. Tipoff is set for 6 p.m.