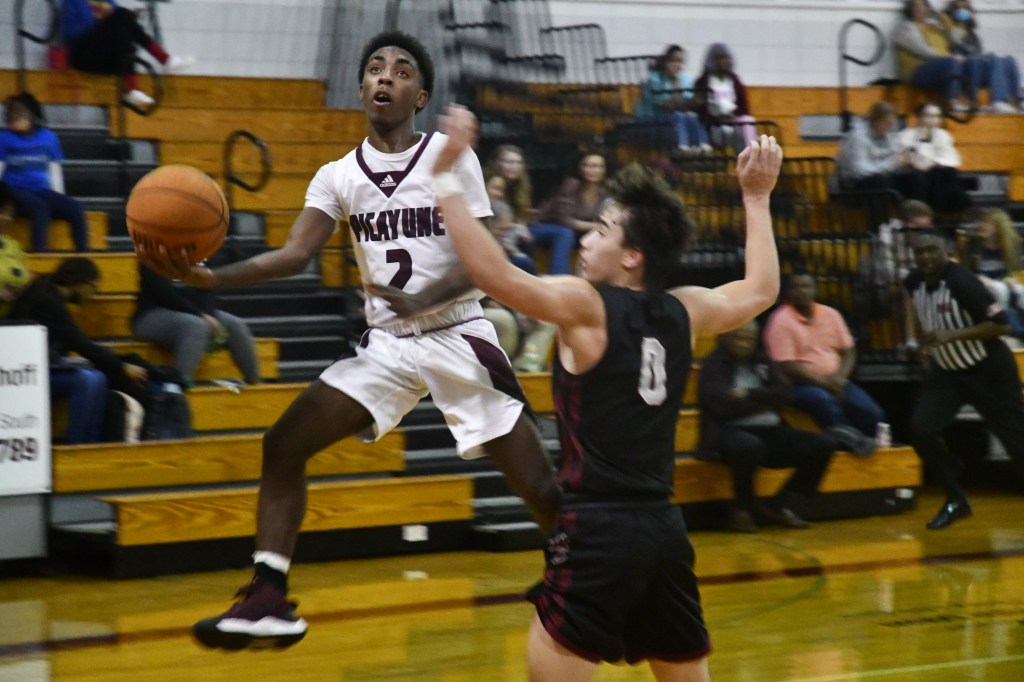 In the first quarter, the game was tight but the Bearcats had its first lead at 6-5. A three from junior Troy Carter gave the Maroon Tide back the lead and control of the entire game. The Maroon Tide jumped to a 15-9 lead after a layup and a deep three from Carter. Joshua Holmes added a floater to the score, giving the Maroon Tide a 17-9 lead to end the quarter.

In the second quarter, Carter hit back-to-back threes, and the Bearcats answered with a drought ending layup. With five minutes to play the Maroon Tide led 23-11. Sophomore Niquis Ratcliff was fouled and hit 1-2 from the line. During Picayune’s next possession, Carter hit his fourth three of the night to make it a 27-11 lead. The Bearcats went on a 5-0 run for one minute, but senior Isaac Brice ended their run with an offensive rebound and tip dunk. The Maroon Tide went into halftime up 29-16.

In the third quarter, freshmen Dakeith Quinn made back-to-back layups for a 33-16 lead. With 5:30 to play, the Bearcats added two points to their score. In the Bearcats following possession the Maroon Tide rebounded and scored quickly in the fast break. Senior Isaiah Ramsey assisted to senior Jaylen Martin for two, putting the Maroon Tide lead at 35-18 with less than two minutes to play. At the end of the quarter, the Maroon Tide led 37-18 after a Holmes layup.

Statistically, Carter finished with a team high of 14 points, Brice had 12 points and Holmes had 10.