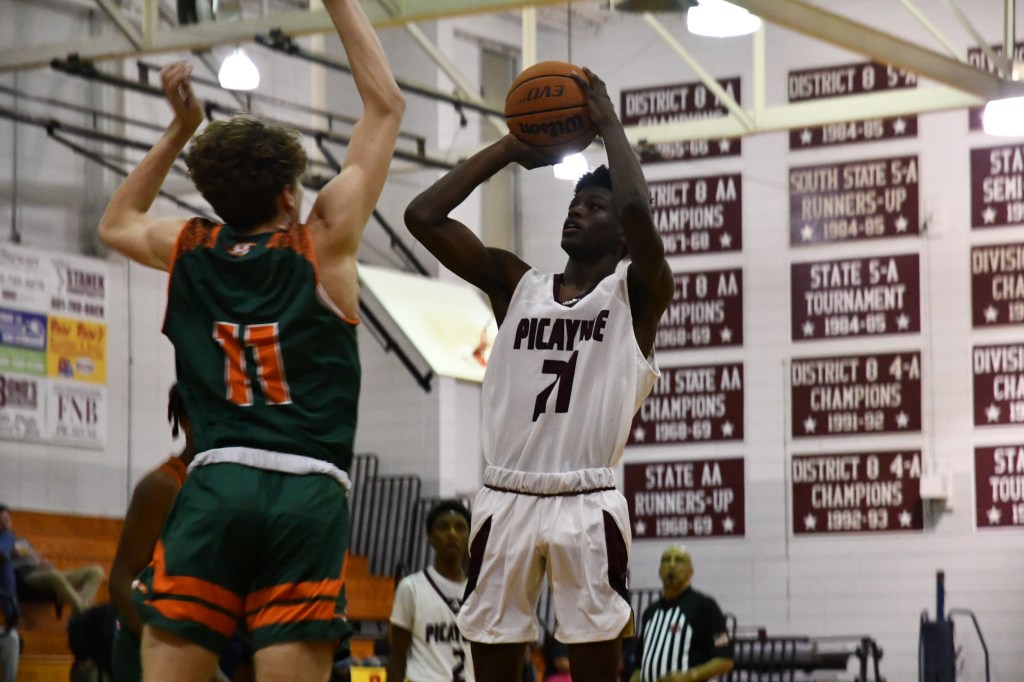 “We weren’t in our groove, we felt a little tentative and we didn’t penetrate a lot against the zone, but in the second half our transition started. We pushed the ball a little bit more and that opened the floor for us,” said Head Coach Eric Vianney.

In the first quarter, the Maroon Tide scored first with a 3-0 lead after Jaylen Martin’s three. The Maroon Tide followed up with a defensive played a full court press, getting stops and a couple of steals. Isaac Brice was fouled twice on the offensive end and ended up making 1-4 free throws. The Hurricanes finally got on the board after hitting two free throws, making the score 4-2. On the other end, Isaac finished with a reverse dunk, then the Maroon Tide got a stop on defense and Martin was wide open for a transition layup, giving the Maroon Tide a 8-2 lead. Brice was fouled again, and split 1-2 from the line. During the next Maroon Tide possession, Troy Carter made a layup pushing the lead to 11-2. Carter attacked the rim again and converted for an and-one. He missed the extra point but it gave the Maroon Tide a 14-4 lead to end the quarter.

In the second quarter, the Hurricanes struck first for two. Dakeith Quinn was fouled and split 1-2 from the line. Jaheim Everett made a floater the following possession for a 17-6 lead. At the 4:30 mark both teams traded buckets for an 11-11 run, forcing Vianney to call a timeout. Picayune led 28-17. Joshua Holmes ran the clock down for an isolation play but missed short from three to end the half.

In the final quarter, with two minutes to play Taryn Warren grabbed an offensive rebound and put back for a 76-39 lead. After a Hurricanes timeout, Darreel Smith passed to Warren for a layup. The Hurricanes scored six points in the final seconds of the game but the Maroon Tide finished with a 78-47 lead.

Martin was the second highest scorer on the team, finishing with 20 points.

Holmes led the team in scoring with 22, Brice scored 11, and Carter finished with nine.

Next the Maroon Tide is a home game against the Long Beach Bearcats (1-15) Friday night at 7:30 p.m.

Women’s Basketball Slotted at No. 24 in AP Poll