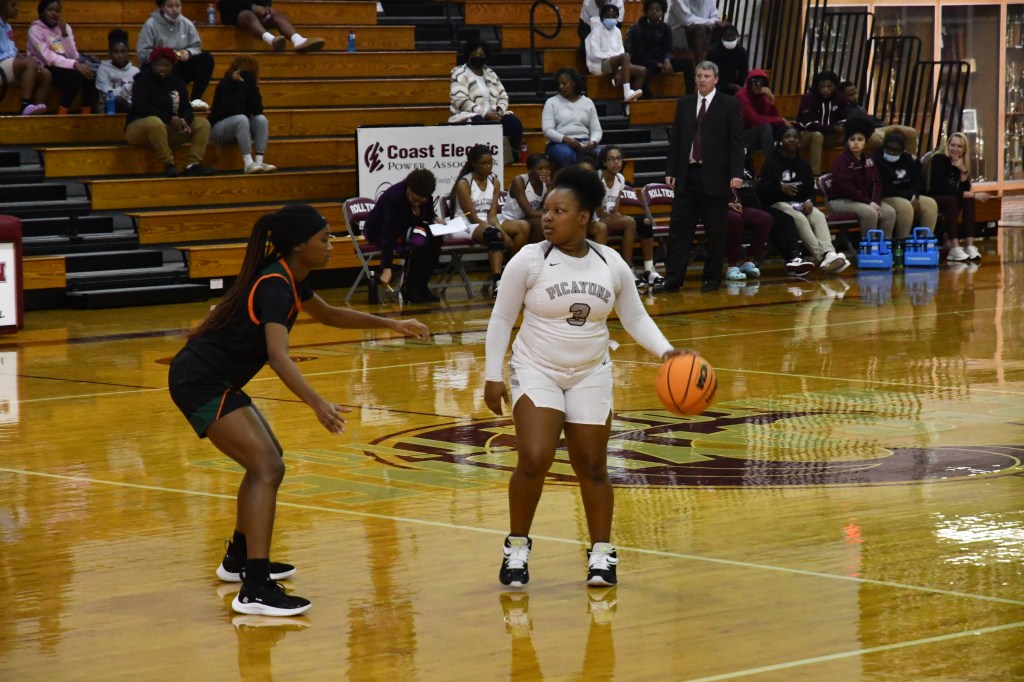 “Effort was so much better than Friday night at PRC, coming back after getting beat by your rival that bad it can go ugly or it can be used as a spring board, and I’m proud of the girls. They used it as a spring board,” said Head Coach Toby Bush.

The Lady Maroon Tide were short a few player due to illnesses but the remaining players gave a great effort. They succeeded in Bush’s ability to rebound and make free throws.

In the first quarter, the Hurricanes made a 10-0 run that did not end until the two-minute mark when Aaliyah Ivy got fouled and knocked in two free throws. The quarter ended with the Maroon Tide down 10-2.

In the second quarter, the Lady Maroon Tide struck first. Catera Green hit a three and Kalerria Watts scored 2-2 at the line. The Hurricanes led 10-7 and answered with two scores to extend their lead to 14-7. Raziyah Brown shot 2-2 at the line. The Hurricanes went on a short run to lead 23-9. Brown made it to the free-throw line again but finished 1-2 to end the quarter down 23-10

In the final quarter Brown scored a layup, and Field scored 1-2 from the line. The Hurricanes continued to keep the lead and finished the game on top 48-20.

Next, the Lady Maroon Tide will host the Long Beach Bearcats Friday night at 6 p.m.