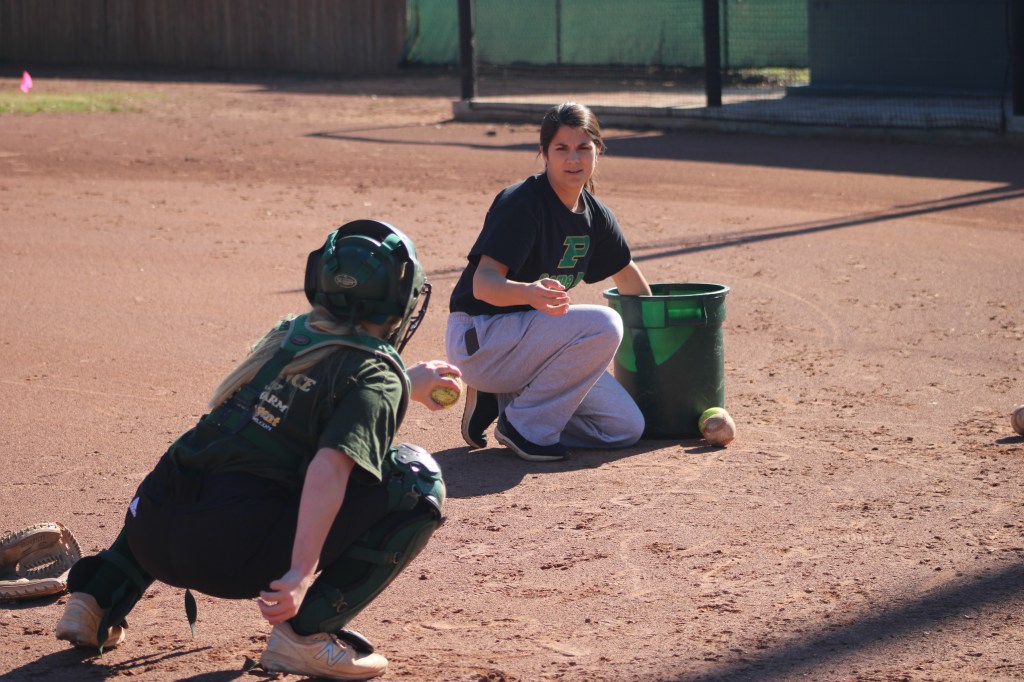 In her second year as Poplarville’s head softball coach, Janessa Deckwa looks to guide her deep roster of Lady Hornets to the playoffs. In the team’s previous season, the Lady Hornets finished 8-11, fourth in the district, and just short of making the playoffs.

“It was kind of a down year for us… we had a lot of youth on the field,” said Deckwa. “Our goal right now is to make it to playoffs and be competitive through out our district play.

The expectation this season is to have a winning record and be a top three team in the district. Due to last season’s up and down performance, the Lady Hornets want to find some consistency, stay solid the entire season and compete every game this season. During the fall preseason, the Lady Hornets focused on fundamentals and mechanics. Right now the team is getting game ready by implementing game like situations, in game aspects and incorporating a lot of scrimmaging in order to create the sense of game day butterflies her athletes feel just before a major competition.

The Lady Hornets will play in the Harrison Central Jamboree on Feb.12 and the team’s first regular season game will be at home against Bay High on Feb. 15.

“Bay High is competitive. They’re always competitive… so I’ve been drilling to the girls that we got to be competitive, we got to compete everyday. So I think they’ll be a good matchup for us,” said Deckwa.

Deckwa is excited for the returning players to contribute more this season. This year’s team features more depth since multiple players can play various positions. Deckwa sees that as an opportunity for her players to push each other and compete.

“We have a lot of utility players so we have lot of options this year, where as last year I don’t feel like we had as much depth. We have depth this year…we got a handfull of players that can play one to three different positions.” said Deckwa.

Having depth is very valuable, especially in the midst of a pandemic where having multiple players who can play different positions can ensure a solid performance no matter who is out.

Senior catcher Kaitlynn Schonwitz is ready for the upcoming season and how her and her teammates will play together.

Schonwitz has a goal to produce good at bats this season, and to always stay positive and be a leader for the team. She also wants her fellow athletes to play as a team and learn how to communicate so they can bring home wins.

Denasia Fulton is a senior this year and has been assigned to third base. She’s excited for the season and how the Lady Hornets plan to play as a team.

“The goals that we have are to communicate better, and to have each others’ backs,” said Fulton.

Her individual goals are to just have fun this season.

“I believe if we want to win, if we want see each other succeed and play good, then I think we can do something,” Fulton said.