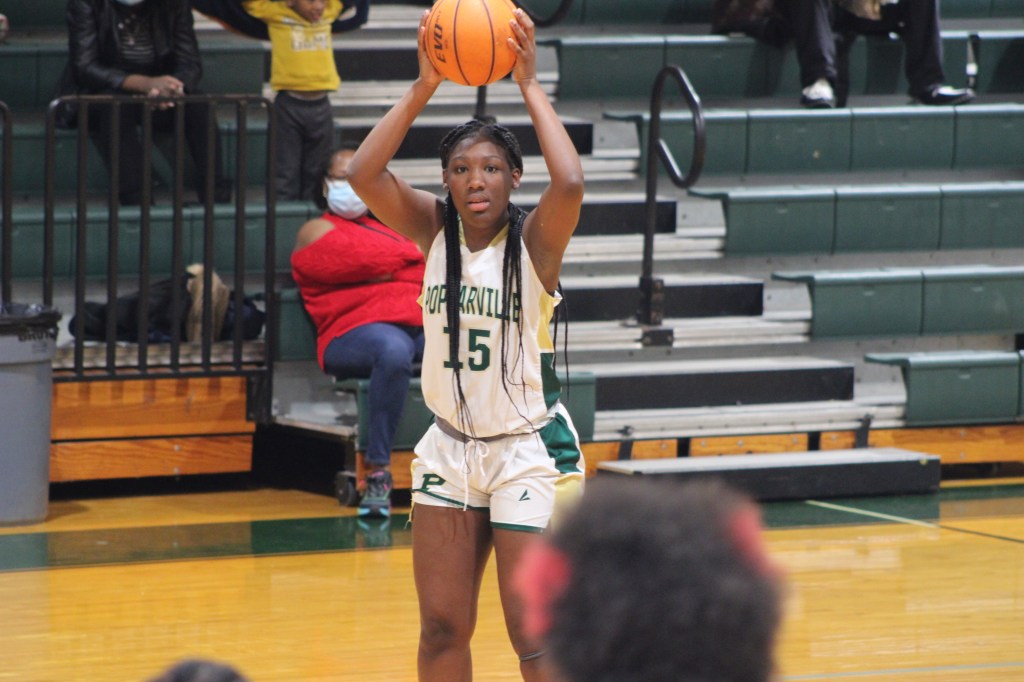 In the second quarter, the Lady Hornets struck first in a fast break resulting in a Travis layup and assist by freshman Brianna Burt. The Lady Hornets defense was intense to begin the quarter. They had three consecutive steals but came up empty on the offensive end. The Cougars figured out a way to handle the Lady Hornets pressure after those turnovers to lead 14-9 with 6:40 left to play. With over two minutes to play, the Lady Hornets trailed 20-13 after sophomore Reece Mallory made two free throws. At the end the quarter the Lady Hornets found themselves down 25-13.

In the third quarter, Bester scored a three then short after the Cougars went on a 9-point run. The score was 33-16 with 5:30 to play. Bester got fouled and made 1-2 free throws and Travis scored a layup, making the score 33-19 with three minutes to play. The Cougars gained momentum and made a 7-0 run to end the quarter up 40-19.

In the final quarter, Travis made 2-2 from the free throw line then the Cougars scored five straight points. At five minutes, the Cougars led 45-21. Towards the end of the game, the Hornets were down 51-21. Jones made a jump shot and Mallory hit a three with under one minute to play. The Cougars added five late points before finishing the game 56-26.