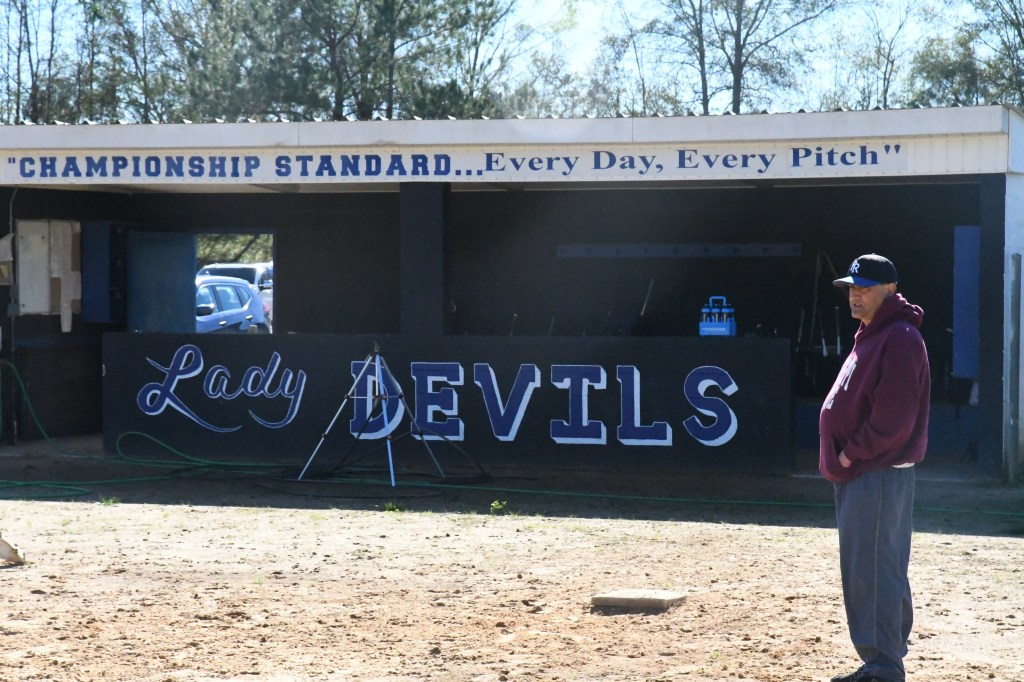 Now in his ninth year as softball Head Coach, Tony LaBella has led the Lady Blue Devils to six district championships in the 2014-19 seasons, and team looks to continue the steak in 2022.

In 2020 the softball season was cut short due to the COVID pandemic. The Blue Devils were 8-1 at the time and LaBella believes he had his most experienced team that year.

In 2021, The Blue Devils finished 18-9 and 5-1 in league play. The team tied as district championships with East Central. The Lady Blue Devils would later be knocked out in the first round in the 5A State Championship by West Jones.

For the upcoming season, the Lady Blue Devils will return eight of last year’s nine starters and LaBella plans to start several ninth graders this season. The team is fairly young but has experience.

LaBella said the team over achieved last year, and he is proud of each player for that, but it’s in the past, and the Blue Devils want to achieve more.

“It’s done and if we’re the same as we were last year we won’t beat any body we didn’t beat last year,” said LaBella.

Returning starters, senior Ashley Dean, junior Izzy Martin, and sophomore Baylee DeVore, are excited for the season to get underway and hope COVID stays out of the way this season.

“We’re a young team and I don’t think that’s going to affect us but our goal is to win district again and go far into the playoffs,” said Martin.

DeVore added, “Keep making progress from the year before… take what we learned from last year and apply it to this year so we all can keep getting better and grow.”

They understand this year’s schedule is tougher than the pervious year, but the Lady Blue Devils embrace the challenge.

DeVore says she and her team have to be mentally tough to get through their schedule in order to improve and see growth.

“You have to have a pretty strong mindset, softball isn’t an easy sport, like a good batting average is .300, that’s three out of 10 times you get on base, so you have to be mentally tough to stand that constant failure and with a lot of good teams of course there’s going to be a lot of failure but we’re also going to have some great moments,” said Dean.

Martin said that learning from prior failures is important and the key to fixing failures in this sport is communication.

On Feb. 12 the Lady Blue Devils will compete in a jamboree at Harrison Central High School, and the first regular season pitch is scheduled to be away against Vancleave on Feb. 17 then home against George County on Feb. 18.