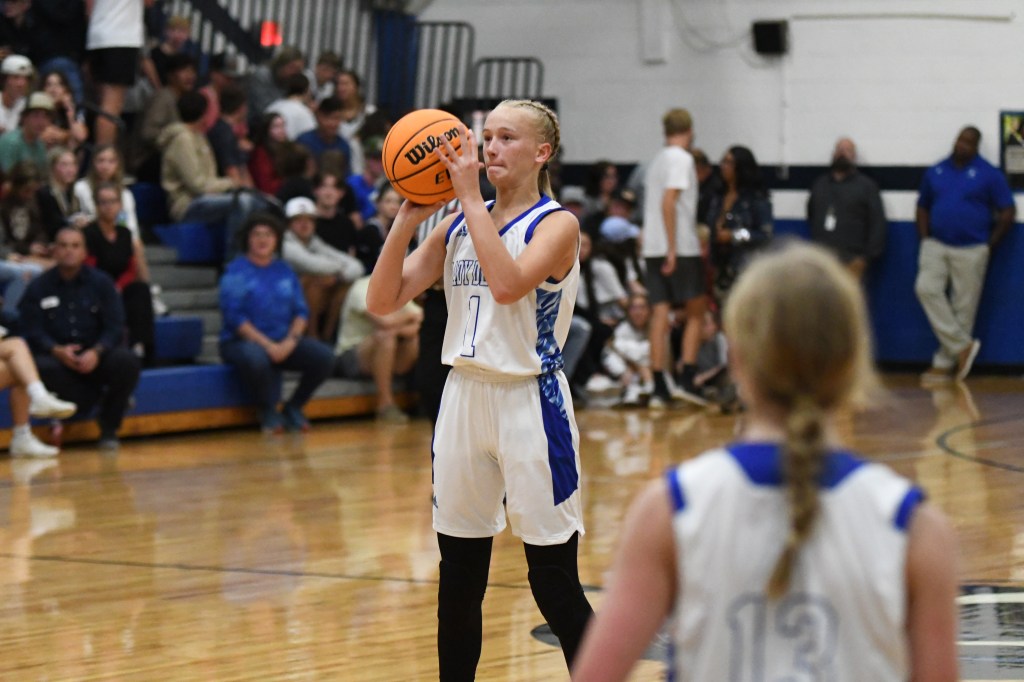 On Tuesday night the Pearl River Central’s Lady Blue Devils came up short in the team’s second game against the Greene County Wildcats. The Lady Blue Devils lost the Wildcats over Christmas break by 26 points but on Tuesday the loss to the Wildcats was by a more respectable margin, 51-38.
Despite the loss, Head Girls Basketball Coach Cliff Bauer said, “It was a big improvement.”
The Lady Blue Devils shot 40 percent from the field against the Wildcats, a team that currently stands 13-5 on the season. Sophomore Emily Carroll led in scoring with 15 points and shot 50 percent from the three. Senior Hannah Mitchell had 10 points, and junior Nia English had 9.
“If we can play like we did last night on a consistent basis we will have a chance to win district,” said Bauer.
District is right around the corner for the Blue Devils, and on Friday they’ll be on the road to play neighborhood rival Picayune’s Lady Maroon Tide.
“Picayune is our rival game and they’re going to play hard. But if we play smart and shoot the ball well, we should be fine. As a team, we are improving each game, a win against Picayune would be a great way to start district play,” said Bauer.
Tip off for Lady Blue Devils (6-8) vs. Lady Maroon Tide (1-12) is set for Friday, Dec. 7 at 6 p.m.