Hornets’ sting was not enough to buzz the Cougars 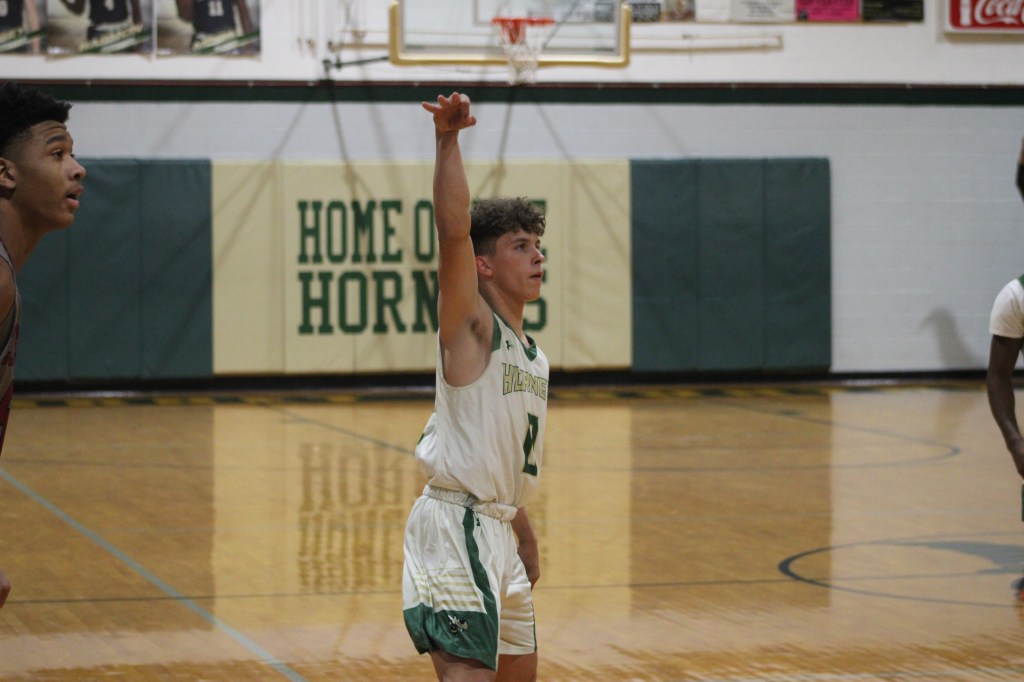 Friday night, the Poplarville Hornets boys basketball team managed to cut a 13-6 Lawrence County Cougars lead down to 19-18 at halftime. After the break, Poplarville couldn’t get over the hump and eventually fell 64-34.

In the first quarter, the Cougars led early 8-4. Senior Dalton Davis and junior Quad Huderson scored the first four points for the Hornets. The Cougars jumped to a 13-4 lead after hitting a couple of free throws but Davis answered back with a layup to end the quarter down 13-6.

In the second quarter, Davis made an assist to senior Riley Josey for an and-one layup. Josey added a free throw to cut the Cougars’ lead to 13-9 with four minutes to play. After a Huderson layup and an offensive rebound and put back by junior Amari Gilmore, the Hornets were down by two. The Cougars answered with a layup, but on the other end Davis split a screen and scored an acrobatic layup between two Cougars defenders. With 2:30 left to play, the Hornets called a timeout down 17-15. After the time out break, the Cougars changed the defense to a 2-3 zone and picked up a steal for a layup. The Hornets responded with a three by junior Zack Smith and ended the half down 19-18.

In the third quarter, the Cougars made a 10-0 run forcing Poplarville Head Coach Dennan Seal to take a timeout. After the time out break, Smith made his second three of the night to end the Cougars’ run. The Cougars then made another run, scoring 14 unanswered points. With 4:30 left to play, the Hornets were down 43-21. The Cougars run ended again after Davis hit his first three of the night. Both teams began trading buckets and at the end of the quarter the Hornets were down 54-28.

In the final quarter, the Cougars took a 58-33 lead halfway into the quarter. The Cougars won 64-34.