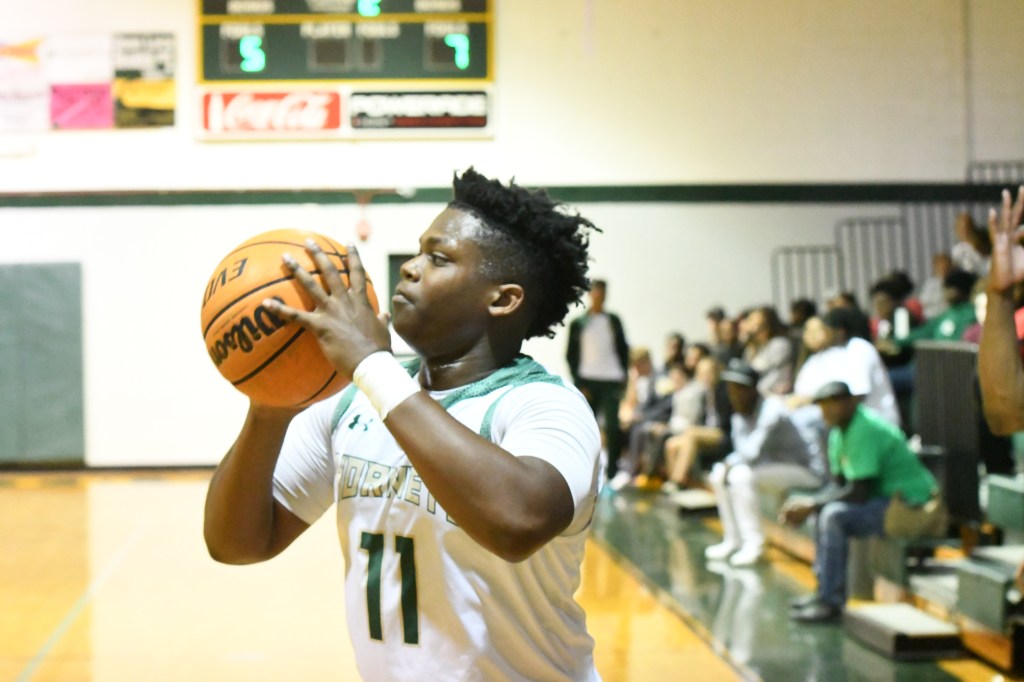 Tuesday night the Poplarville Hornets boys basketball team managed to hold off the Sumrall Bobcats in a 59-55 win. The Hornets now stand at 4-12 this season and 3-4 in district play.
“We came out pretty good, led by 12 at halftime, we were up by 18 at one point in the third quarter, just didn’t finish well and only ended up wining by four.
We’re still kind of learning how to finish games,” said Head Coach Dennen Seal.
Seal was pleased by how his players performed defensively, and offensively the Hornets were led by senior Riley Josey and junior Amari Gilmore.
The Hornets hope to stretch the win streak when going on the road to play against the Long Beach Bearcats on Monday, the 25th.
“Just showing up with some consistency and that’s what we’re not great at right now. We had a good day of practice yesterday and hopefully we’ll have a good one today and just kind of roll from there. It’s taken us a little longer than most teams to kind of figure it out… but I think we’re starting to figure things out and give ourselves a chance to win ball games,” said Seal.