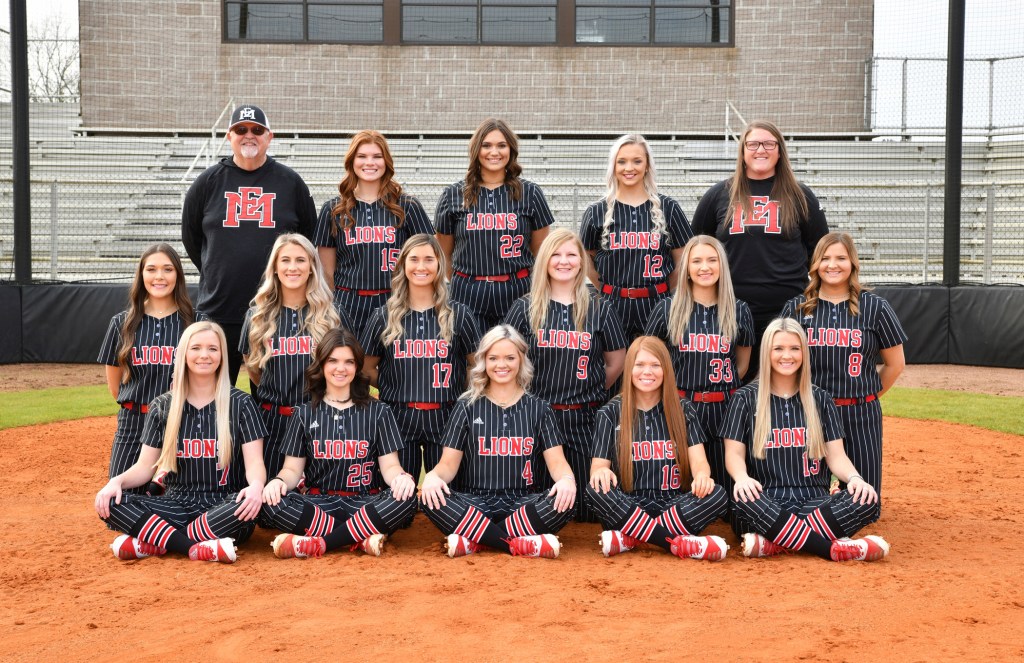 SCOOBA — The debut of first-year head coach Whitney Hawkins’ 2022 East Mississippi Community College softball team will take place Tuesday afternoon (Feb. 1) against the Holmes Lady Bulldogs in a home doubleheader that has been moved up a day due to forecasted rain during the midweek. Season-opening softball action is set for a 1 p.m. start at the EMCC Softball Field on the Scooba campus.

The Lions’ week-long, season-opening softball home stand is scheduled to continue with doubleheaders against Bevill State on Saturday (Feb. 5) and the following Tuesday (Feb. 8) versus Shelton State.

Guided by Hawkins, who previously served as an EMCC assistant softball coach during the 2018 season, the EMCC Lions enter this year’s softball campaign with a versatile 14-player roster consisting of five returners and nine newcomers.

Though somewhat limited in total numbers, the Lions do feature six players with pitching experience – three sophomores and three freshmen – including a pair of left-handers in sophomore Watkins and freshman Pogue. EMCC should be able to mix and match pitchers and throw a variety of different looks at the opposition, while many of them will occupy positions in the field when not in the circle.

Headlining EMCC’s dual-role returning players will be Meadows, who batted a team-high .359 with 12 stolen bases while also earning nine pitching starts as a two-way player before having her freshman year cut short following season-ending surgery. When not pitching, Meadows will bid for an everyday starting role in the outfield, as will fellow sophomores Pittman and Cochran. Also set to challenge for outfield duties are newcomers Freeman, Stewart and Pogue.

Stroud, who is recovering from off-season shoulder surgery, earned 32 starts primarily at third base as a freshman. Pickett also figures to contend for significant playing time again this year either in centerfield or at shortstop after receiving 19 starts last season.

With veterans Pickett and Stroud supplying plenty of experience on the left side of the infield a year ago, the Lions’ overall infield configuration could feature a varied look with the arrival of new talent. Study and Firth will likely rotate between pitching and playing first base, while Stephens and Martin look to handle responsibilities at second base. Pritchett and Kirkland will vie for time behind the plate and elsewhere in the field.

Prior to returning to the Scooba campus last July as EMCC’s new softball coach, Hawkins spent the 2021 season as assistant coach/pitching coach at the University of Montevallo (Ala.), an NCAA Division II program affiliated with the Gulf South Conference. Hawkins, a former two-time All-GSC pitcher at the University of Alabama in Huntsville, previously helped guide Kentucky-based Lindsey Wilson College to a 2019 NAIA World Series appearance as an assistant coach before being promoted to associate head coach for the LWC Blue Raiders in advance of the pandemic-shortened 2020 college softball season.