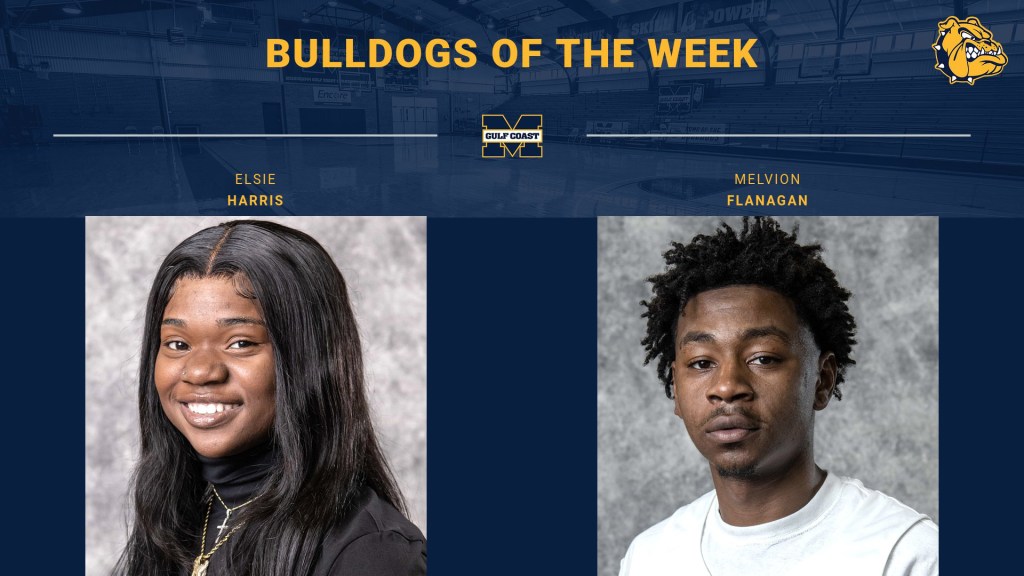 PERKINSTON — Elsie Harris and Melvion Flanagan have been named Bulldogs of the Week for Jan. 17-23.

Flanagan, a sophomore guard from Alexandria, La., ran his streak of 20-point games to five straight in a 2-0 week for Gulf Coast. He had 27 points, three rebounds and two assists in a 80-75 win at Coahoma. In a 92-75 win over East Central, he scored 23 points with five rebounds, three assists and four steals.