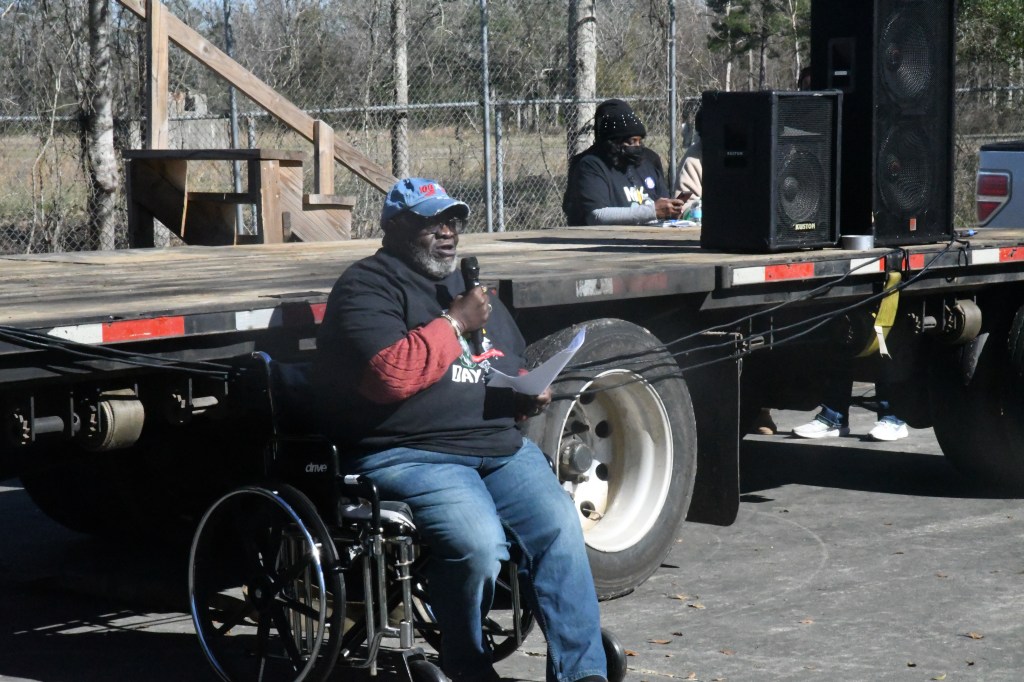 This year’s keynote speaker was Hales, who is a former member of the Poplarville Board of Aldermen and Pearl River County Board of Supervisors. He was the first African American to be elected to those offices in Pearl River County. Hales served on the Board of Aldermen from 1985-95. In 1995 Hales was elected to Pearl River County Board of Supervisors, a position in which he served until his retirement in 2015. After Hurricane Katrina, Hales led the recovery effort to help update municipal buildings in Picayune. Even in retirement Hales continues to speak out about injustice and inequality in this county and community.

In Hales’ speech, he reflected on the passing of Dr. Martin Luther King Jr., which occurred when Hales was just 12-years-old.

“I too was born in a world where little to no value was put on my life except by the ones who birthed me. I was a forbidden fruit that America couldn’t afford to cultivate outside of being a servant to a supposedly superior race of people. I decided early in life that wouldn’t be my story,” said Hales.

The day of the assassination of Dr. Martin Luther King Jr., Hales said he cried out to the Lord because he had so much hope for himself and other African American people through the words MLK spoke.

“I felt and heard the spirit of the Lord speak to me, and he said, ‘Don’t worry, dry your eyes, when you become of age I’ll put you somewhere where you can help your people.’”

Hales said he’s a living testimony, because God enabled him to do things he had never thought he could do in life.

“Too many times when I see what’s going on in the country and in our communities, all I see is messed up things going on and I see a lack of concern by too many people. This let’s me know that somebody has forgotten the assignment,” said Hales.

As a child, Hales saw love, respect, and support for one another in his community, things he said didn’t require wealth or approval from an outside source. But he doesn’t see that in today’s community.

Hales followed by saying that many other gains provided by MLK are now being systematically dismantled because, “we site at home and won’t go vote.”

“We cannot have gains without movement, and he told us to keep moving,” he said.

Hales said the assignment for African Americans is to be the kings and queens they are meant to be.

Hales’ message was to move people to take action and hold other African Americans accountable to change.

“Before we march on the police who have shot our bothers and sisters down in the streets, let’s talk about our own people who are shooting down each other in our community. We can’t address one thing with out addressing the other,” said Hales.

Hales said he agrees with the message behind “Black Lives Matter” but added that they should matter everyday day. Hales ended his speech by saying everyone should remember and understand the assignment MLK issued to African Americans.