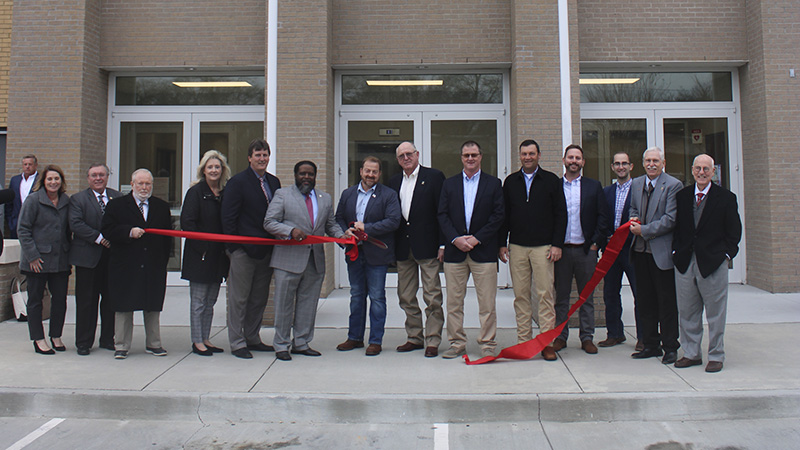 Pearl River County Board of Supervisor President Sandy Kane Smith opened the ceremony by sharing his appreciation of the county’s staff and touched on the opportunities present in Poplarville.

He said the building serves as a place where residents can conduct business within several county offices within one building said Smith.

“I’m proud of what this county has done with this building…Poplarville has changed it’s looks right now for the good.”

District III Supervisor Hudson Holiday thanked his fellow Supervisors and other elected officials along with the county’s employees for working together to build rooms for the needs of every department.

Holiday would like the record to show that on the day of the ceremony,

“We celebrate this generation that made the vision to invest in the future of this county. Not only for today but for the future,” he said.

He said that long after the current Board is gone people will still be using the facility.

After the ceremony, the Pearl River County Board of Supervisors cut the ribbon, officially opening the new courthouse.