City of Poplarville presented Chapel Hart with Key to the City 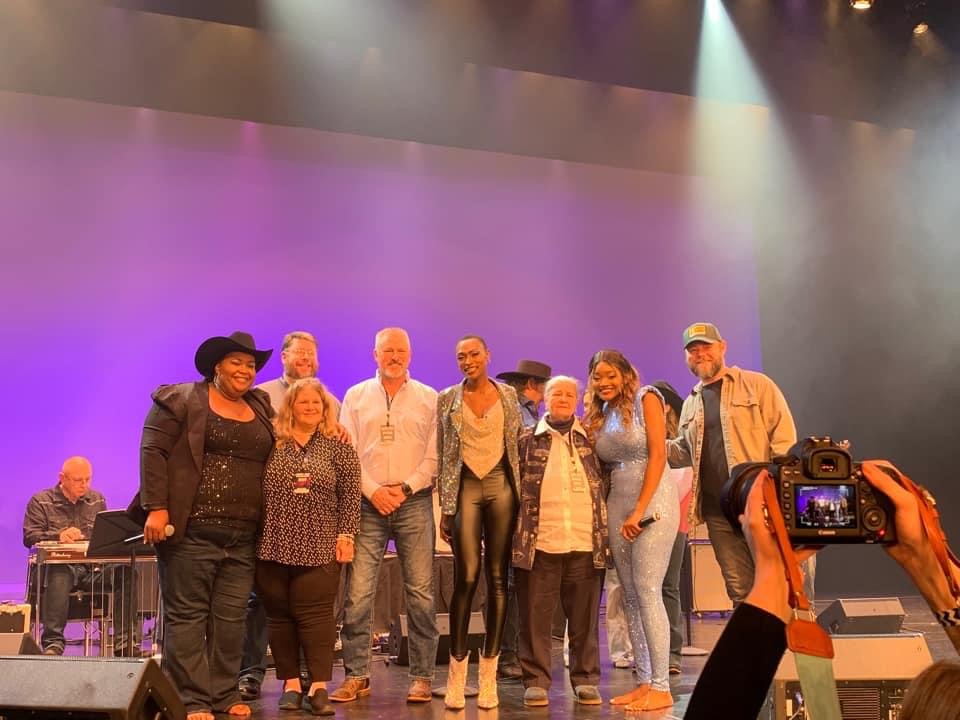 From left are Danica Hart, Alderwoman Anne Smith, Alderman Daniel Brown, Alderman Bobby Nestle, Trea Swindle, Poplarville Mayor Louise Smith, Devyn Hart and Todd Tilghman during the “Home Is Where The Hart Is” concert in Poplarville Mississippi where members of Chapel Hart were presented with the key to the city. Submitted photo

Poplarville’s Board of Aldermen presented a key to the city to local music group Chapel Hart after the band played the “Home Is Where the Hart Is” concert on Jan 8 at the Brownstone Center for the Arts on the campus of Pearl River Community College.

Chapel Hart artists Danica Hart, Trea Swindle, Devyn Hart are Poplarville natives who were named 2021’s Next Women of Country by CMT. The band started the 2022 with the concert in their hometown of Poplarville,  which also featured county artist Buddy Jewel and Todd Tilgman, winner of The Voice season 18.

In between songs Mayor Louise Smith, Alderwoman Anne Gendusa Smith, and Aldermen Bobby Nestle and Daniel Brown surprised the members of Chapel Hart by presenting them with  the key to the city.

“It has to be one of, probably my favorite honors to have received so far, because it means a lot, having a city that made us acknowledge all of the success we’ve had so far and all of the support that they put behind us on this journey as well,” said Trea Swindle in a phone interview about the honor.

Devyn Hart said she is still shaken from that moment during the show.

“The whole show all together was such a success and it was just a mind blowing experience, but to get the key from the city from our home town, it truly does mean the world to us,” said Hart.  “We know that we can go anywhere in the world but we know that coming back home we will always have that support and I think that giving us that key just signifies that. Them letting us know that we can always come back home.”

Danica Hart said the concert earlier this month felt like a movement and it was a moment she felt the city was waiting for. She expressed how much the community of Poplarville came together to make the concert happen.

Danica Hart said she’s never been more proud of her city and that it truly was one of those moment that Poplarville and country music needed right now.

“The show was an ultimate unifier, and I think everybody who was there that night felt it,” she said.”

Next for Chapel Hart will be a tour that will bring the talented women back on the road doing shows. They invite the Poplarville community to come see their show in Meridian Mississippi on Feb. 10.

“As we’re going all over, as much as they can travel to come see us and support us, we would love that,” said Danica Hart.