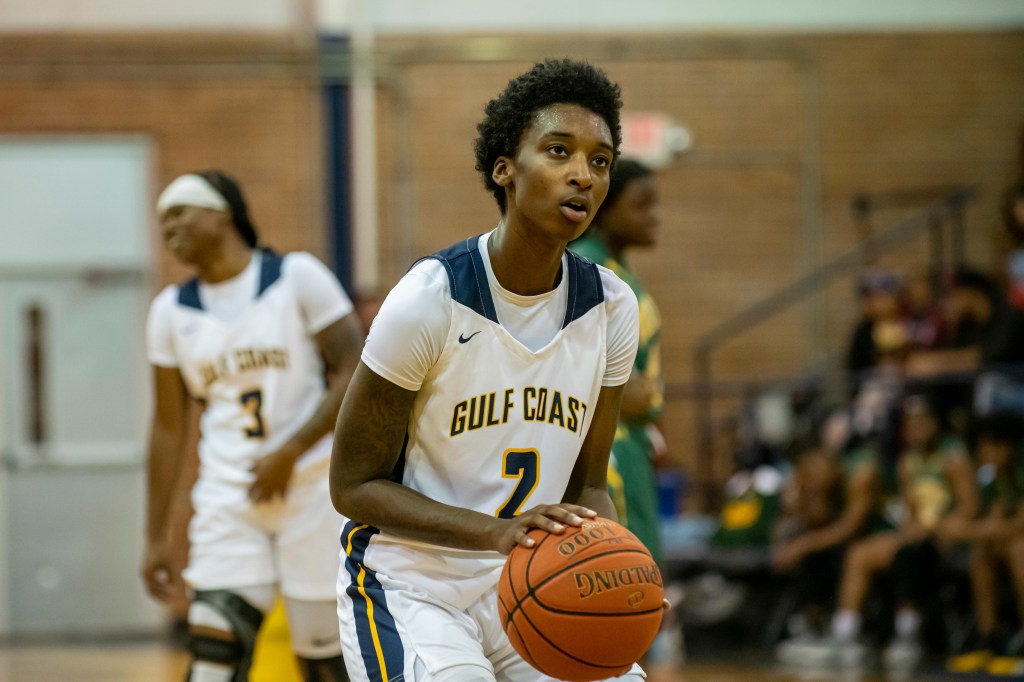 PERKINSTON — Sluggish might have been the best description of the first 25 minutes of play for Mississippi Gulf Coast, but the Bulldogs knocked the rust off in the second half and opened 2022 with a 65-50 win over Baton Rouge.

“We played like we’ve been off for a month,” Gulf Coast coach Hope Adams said. “It took us into the second half to get into something of a rhythm. We turned the ball over way too much, but it’s our first game back and we played pretty well.”

The Bulldogs got a game in before they resume MACCC play Monday and improved to 9-2. Baton Rouge is 7-6.

Williams get 10 of those in the first half and looked assertive offensively.

“She came back in shape off the break,” Adams said. “She’s been getting a lot of shots up and shooting the lights out in practice, so we went with her. She gave us great energy, but it wasn’t even about her making shots. She got in there and was aggressive with the bigs and rebounded.”

Gulf Coast led by eight at the break and pushed their advantage to 15 midway through the third quarter. The Bulldogs would lead by as many as 16 in the fourth.

They play at home again Monday when Northeast Mississippi visits. Tipoff at the Weathers-Wentzell Center is set for 6 p.m.