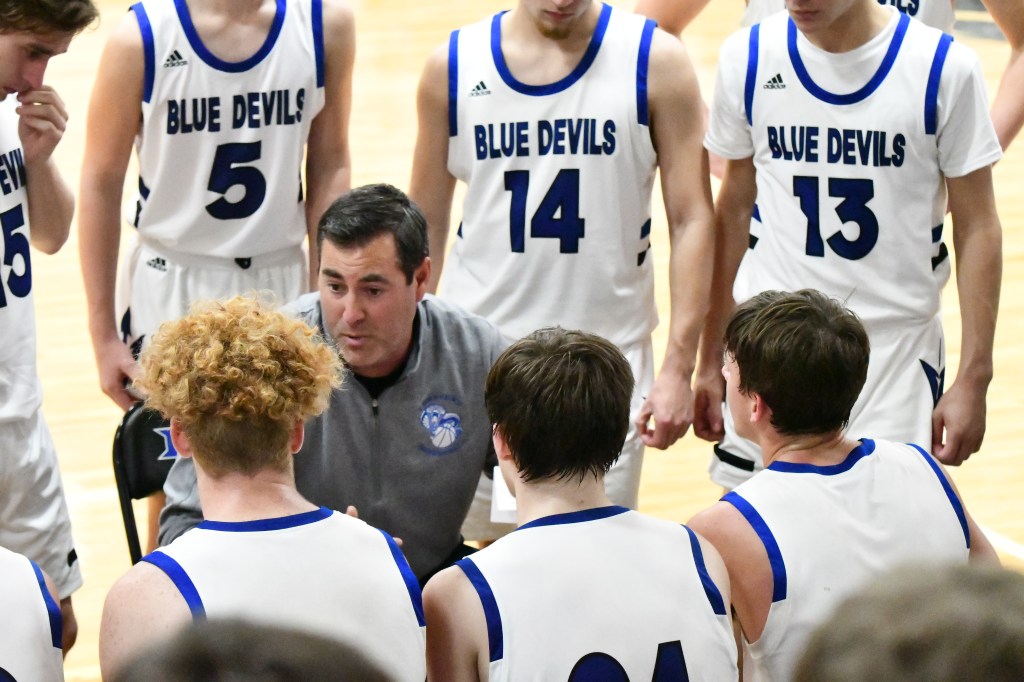 In the second quarter the Gators converted an and-one layup and took the lead back at 16-14. The Blue Devils tied the game with five minutes at 16-16 after a layup from senior Tyce Yarborough. The Gators took a 21-18 lead after knocking down a couple of free throws. With less than two minutes left the Blue Devils cut the lead down to 21-20 and a steal and layup from Lockhart gave the Blue Devils a 22-21 lead. The Blue Devils ended the quarter with a Brunson assist to senior Trevor Stromeyer for a layup. At the half the Blue Devils led 24-23.

In the third quarter the Gators got hot and took an early 29-24 lead. After a Lockhart three making it a 29-27 deficit, the Gators continued to score and led 36-29 at the end of the quarter.

In the final quarter, the Blue Devils finally scored after Stromeyer spun off two Gator defenders for a layup. With six minutes to play, the Blue Devils were down 38-31. With two minutes to play, a layup by Brunson tied the game at 40-40. During the following possession, Stromeyer was fouled but came up empty at the free throw line. The Gators capitalized after Stromeyer’s missed free throws and took a late 42-40 lead. The Blue Devils tried for a quick three down 40-44 with 40 seconds to play but Brunson’s corner three was off. The Gators secured the rebound, got fouled and ended the game at the free throw line, at 45-40.

Brunson and Lackhart finished with 11 points and Stromeyer had eight.