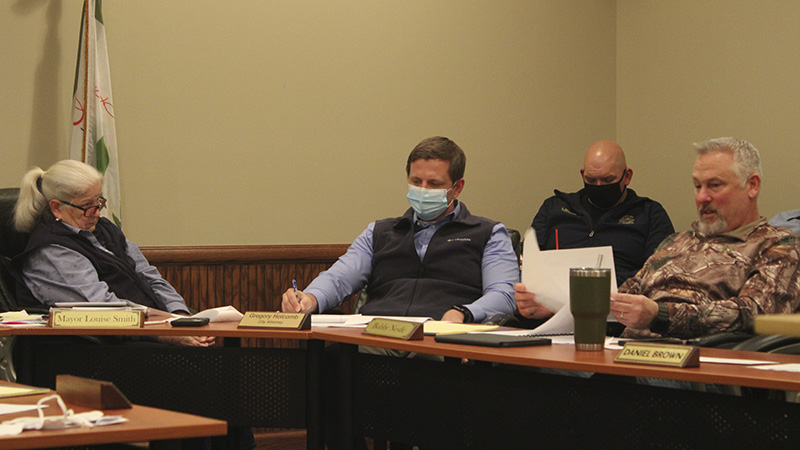 Wednesday evening, the Poplarville Board of Aldermen called a special meeting to enter into a workshop to discuses ARPA fund projects. The special meeting was only for discussion so no decisions were made.

The ARPA fund has transitioned from only funding water projects to all projects. Each department head was asked by Mayor Louise Smith to provide a list of priorities needed for their department.

Interim City Clerk Linda DuPont provided City Hall’s priority list. It included a Wi-Fi transmitter and a smart TV in the Board’s meeting room, along with new tables, chairs and furniture, exterior repairs and changing the light fixtures to LED lights. Air conditioning cleaning, and a laser printer were also included. The Board held several discussions about receiving a laser printer from BBI Annual Hardware Agreement or buying a new printer that would be cheaper than what BBI is offering. Alderman Bobby Nestle said that the convenience of the maintenance agreement is the $400 a year plan includes repairs and replacement if anything breaks. If the city were to buy a new printer off the shelf, the estimated cost is over $1,000 plus software installation.

Fire Chief Jason Bannister asked for one new compatible Automatic External Defibrillator that is estimated to cost $2,000. The Fire Department currently has five sets of turnout gear that are over 10 years old, so Bannister asked for 10 new sets of turn out gear. From head to toe a set of turn out gear cost $3,500, so 10 sets will cost $35,000. Bannister also asked for five self-contained breathing apparatus for $6,400 each or $32,000 for all five. Also on the list is one thermal imaging camera for $5,000 and various supplies of hoses for around $5,000. All of the Fire Department priorities are estimated to cost $79,000.

“Everything I put on there has to do with life saving and fire fighting safety,” said Bannister.

“You’ll be able use that revenue for different things other than water (projects),” said Hale.

“There’s several projects and limited money… out of those projects I would like to see the automatic meter reader as a priority because of the extra revenue it will generate and the need for it is very great right now,” said Hale.

Lastly Hales said Main Street needs to be striped to eliminate a safely hazard.  Hale received a quote of $26,311 to have the work completed.

In other business, the Board will hold an executive session meeting on Thursday to conduct interviews to fill the City Clerk position.