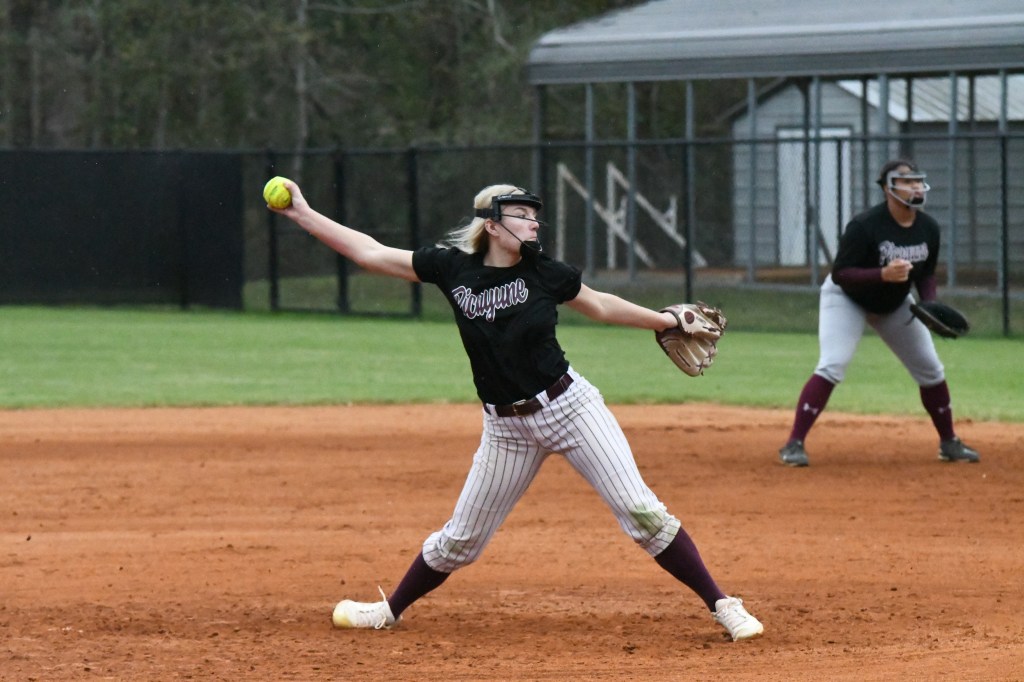 The Picayune Lady Maroon Tide softball team is building a gritty, and intense team to bounce back from a season that could of went better.
In her second year as Head Coach Courtney Dickens said that last season “could of went better.”
The Lady Maroon Tide finished 5-12 last year. Dickens says what they struggled with was getting their runners in. They had no problem getting runners on base but the main problem was finishing and bringing runners in to home plate.
“I wish I could remember how many times we had runners on, even bases loaded, and couldn’t get the runs in,” said Dickens.
So this year’s focus is getting runners across home plate, and a lot of those runners will be ninth graders. This year’s softball team is young, with 12 freshmen on the roster, meaning the infield will feature all ninth graders excluding the pitcher. Dickens has always liked having a young team.
“Because they always want to learn, it seems like they come everyday wanting to learn new things and sometimes the older they get the more they think they know everything. But I keep them busy, give them lots of reps and we’re always doing game like situations,” said Dickens.
Dickens expects a lot out of this year’s team, so she’s hard on the athlete because she knows they have a lot of growing to do.
She feels this group is gritty and that is something Dickens has seen improve during practices.
“This year I have multiple kids that can play each position so it makes them work harder at practice and I’m starting to see that grit come out of them,” said Dickens.
Lady Maroon Tide seniors Riley Craft and Kylie Burnette will lead this year’s team, both will switch at pitching this season. Craft plays centerfield and pitcher.
“I’m really excited, we have a lot of new talent this year, and I think we’re going to have a good season,” she said.
“My goal for the team is to definitely have a winning season and hopefully make it through the playoffs and have a chance at a championship.”
Craft said grit is the mindset that this year’s team has adopted to drive their efforts into having a winning season and a shot at a championship.
“Grit, we all have it,” said Craft.
“We’ve been working really hard, we’ve been very dedicated to what coach Courtney’s been telling us to do,” Craft said.
Burnette is also excited about the start of the season.
“I’m excited because I think we’re going to be way better than we were last year, I think we have a lot more potential this year… we have a lot of young girls playing. It’s pretty exciting,” said Burnette.
This year Burnette wants more positivity because the team dealt with a lot of negatives last season.
Dickens plans on scrimmaging the team a lot more this year in preparation for upcoming jamborees. The team’s first jamboree will be at Harrison Central on Feb.12 where the Lady Maroon Tide will play Gulfport and D’Iberville.
The Lady Maroon Tide will start the regular season in a Classic Tournament on Feb. 17 in Gulfport. Opponents and scheduled times will be announced on a later date.