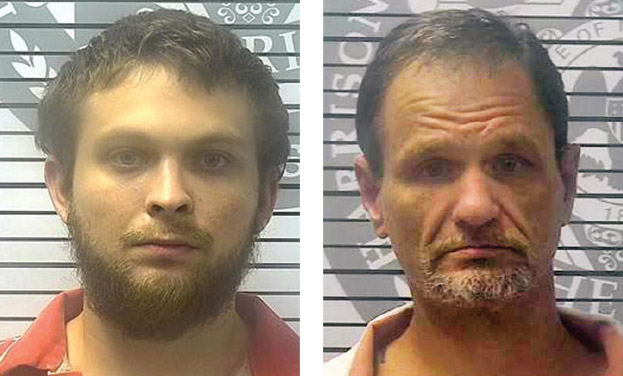 The investigation began when a friend of the victim could not reach him by telephone and became concerned. The friend traveled to the victim’s residence in Pass Christian and discovered the victim, lying underneath his mobile home, suffering from a gunshot wound to the head. The victim was subsequently airlifted to USA Medical Center in Mobile, AL, where he underwent multiple surgeries and months of therapy. The victim was able to identify Huacuja and Patterson as the men responsible for shooting him. The victim told police that Patterson, whom he had known for years, arrived at his residence on foot with Huacuja. The three men went inside the residence, and while inside, he and Patterson became involved in an argument and Patterson pulled out a pistol. The victim and Patterson struggled over the pistol, and when the victim began to get the pistol away from Patterson, Huacuja shot him one time in the head. The victim had no memory of what happened after he was shot, but his wallet, keys, and truck were missing from the residence.

Investigators with the Harrison County Sheriff’s Office located the victim’s stolen truck abandoned on the side of I-10. Patterson was arrested approximately ten (10) days later in Pearl River County, MS in the company of another co-defendant, Nicole Lombardo. “Lombardo admitted to picking Patterson up from the side of the interstate, and that Patterson told her that things went bad with the victim, that Huacuja shot him, and that they took the victim’s truck to get away. Lombardo was charged as an Accessory After-the-fact to Aggravated Assault and will be sentenced on December 13, 2021. When Huacuja was arrested, he gave a statement consistent with the statement of the victim, and admitted to shooting the victim and taking the victim’s truck with Patterson,” said Assistant District Attorney Ian Baker, who prosecuted the case.

“The sentences handed down by the court today are appropriate given the injuries the victim sustained and the actions of the defendants. The victim showed great courage working with law enforcement and we hope these convictions will bring some closure to the victim as he continues his healing,” Parker said.