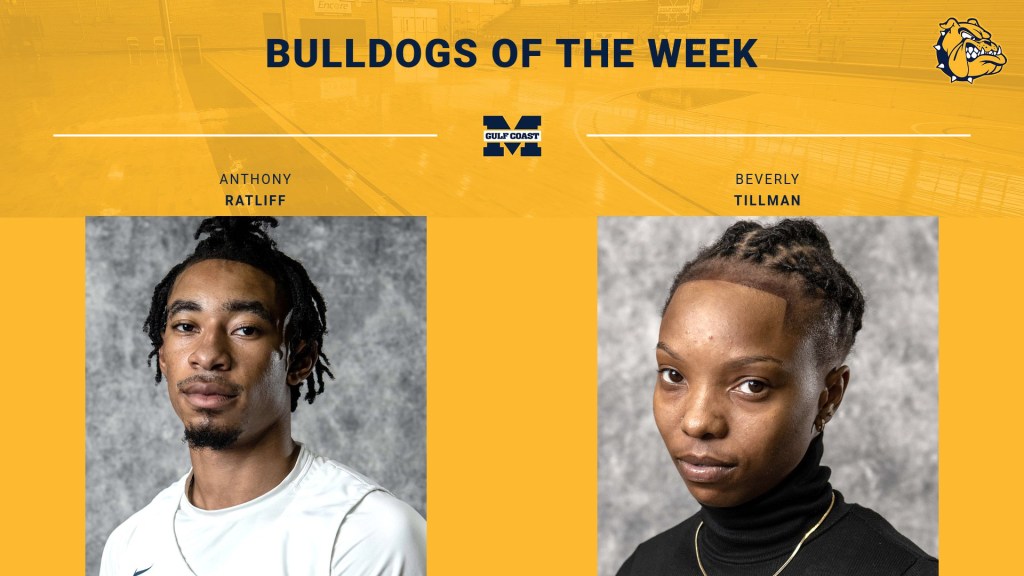 PERKINSTON — Anthony Ratliff and Beverly Tillman have been named Bulldogs of the Week for Dec. 6-12.

Tillman, a sophomore guard from Laurel, averaged 17.5 points while shooting 69 percent from the field in a 1-1 week that nearly saw Gulf Coast upset No. 3 Jones. She had 22 points on 6-for-11 shooting from the field in a 74-70 loss. She was perfect from the field and the free-throw line in a 67-65 win at Baton Rouge. Tillman made all five field goals and three free throws.