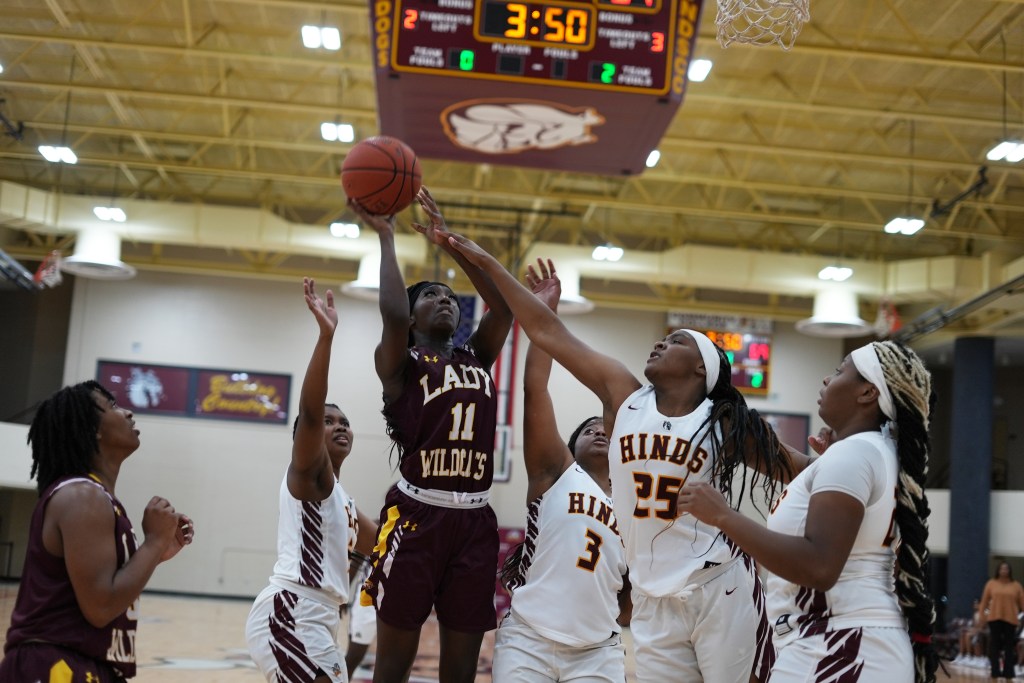 UTICA, Miss. — Pearl River entered uncharted territory with its first 9-0 start to the season in program history after it defeated Hinds 72-58 on the road Monday night. With the win, PRCC also improved to 2-0 in the MACCC.

“One of the toughest things to do in college athletics is to go on the road and get a conference win in a hostile environment,” coach Scotty Fletcher said. “I was incredibly proud of our girls.

“… This is a very fun group to be around and coach. They all have a common goal, and you see that with how many girls we are able to play.”

FIRST QUARTER
The Bulldogs (0-7; 0-2) and Wildcats exchanged blows through most of the first quarter with Hinds grabbing the early advantage. With the Wildcats trailing 15-13, a full court pass found its way to Brandy Scott (Hammond, La.) for the fastbreak score, tying the game at 15-15. The Wildcats capitalized on the momentum closing out the quarter on a four-point run to lead 21-17.

SECOND QUARTER
Pearl River kept the momentum it found to close the first well into the second quarter leading 34-26 with 4:15 to play in the half. Hinds did not let the deficit get to it as they slowly chipped away, drawing within four. Pearl River held on to the slim advantage to close out the half leading 42-38.

THIRD QUARTER
The Wildcats hit the ground running to start the third, scoring early and often to blow open the lead 53-41. Shortly after, the ball found it’s way into the hands of Otashae Burrage(Carthage; Leake County) who drilled a 3-pointer moving the score to 56-41. Pearl River never looked back and closed out the quarter leading 62-49.

FOURTH QUARTER
The Wildcats continued to keep the score in double digits throughout the fourth quarter, leading by a score of 69-55 with 2:27 left in the game. Pearl River closed out the contest with a 72-58 victory.

BY THE NUMBERS
Marcavia Shavers (Biloxi) had a big night for the Wildcats, leading them in scoring with 16 points.
Keshunti Nichols (Pearl) added 15 points and Bryanna Taylor (Terry) pitched in 8.
“I thought Marcavia, KeKe, and BT were really good on the glass and really gave us a presence inside which allowed us to open up things on the perimeter,” Fletcher said.
Burrage had another good night for Pearl River adding 11 points.
“Tae shot the ball well and responded the right way,” Fletcher said.
Fletcher also credited Ty’Mesha Reed (Meridian) who quote “Had a good all-around game.”

UP NEXT
The Wildcats continue the road trip Thursday to take on Eastern Florida State. Tipoff is set for 12:30 p.m.
“Our number one goal on our trip to Florida is to represent our region as well as our state and conference well,” Fletcher said. “These are two nationally ranked programs that have prominence and respect.”