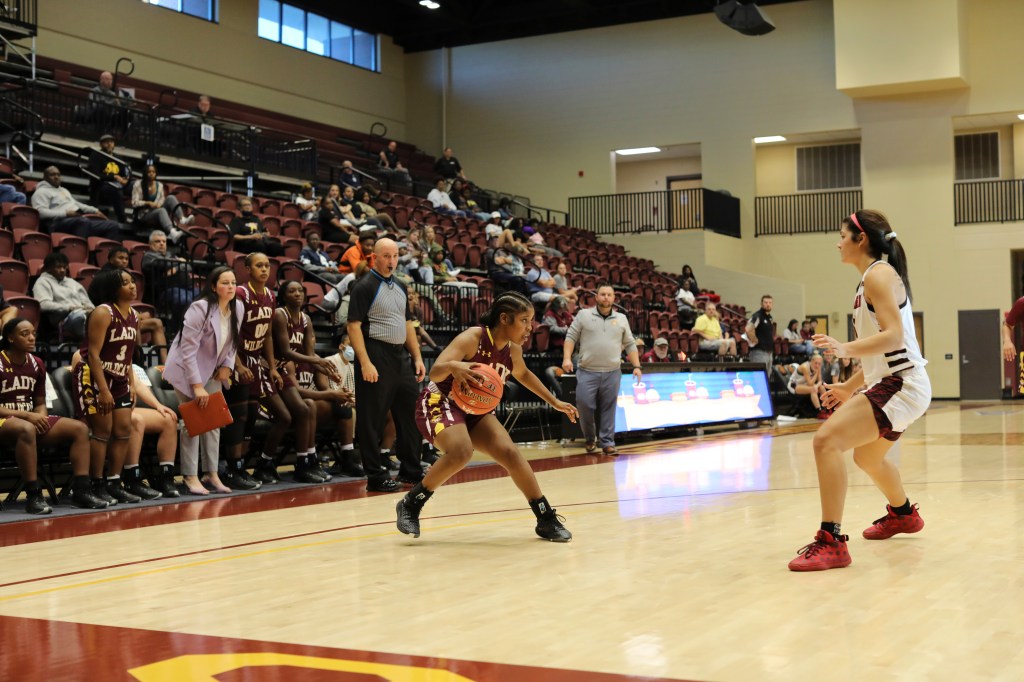 NICEVILLE, Fla. — Pearl River lost its second game of the season on Saturday against top ranked Northwest Florida by a score of 51-38.
“I couldn’t be more proud of a group of women in the way they represented our state, region and conference today against the No. 1 team in the country,” coach Scotty Fletcher said. “This team is very special and it’s an honor to be their coach.”
Pearl River (9-2 overall) matched up well with Northwest Florida (12-0) on the defensive side of the ball throughout the contest and kept things close.
The Wildcat bench outscored the Raiders’ by 16 and was a huge factor in keeping them in the game.
“Anytime you can outscore the No. 1 team in the country in your bench play, that’s a credit to our depth,” Fletcher said.
The Wildcats found a spark with their ability to generate second chance points with offensive rebounds.
“That’s an effort play, and we talk about that. For us to go in there and get 13 rebounds, it creates so many second chance opportunities,” Fletcher said.
The Raiders went on a late run in the fourth that proved pivotal and propelled them to a 51-38 victory over the Wildcats.

STATISTICALLY SPEAKING
Halle Traylor (Pearl) was a major factor for Pearl River tallying 10 points and three big rebounds.
“She is a coach’s dream. She works extremely hard,” Fletcher said.
Marcavia Shavers (Biloxi) and Bryanna Taylor (Terry) were a force for the Wildcats on the glass, grabbing six rebounds each.

UP NEXT
The Wildcats return to action Jan. 6 at home against Itawamba. Tipoff is set for 6 p.m.