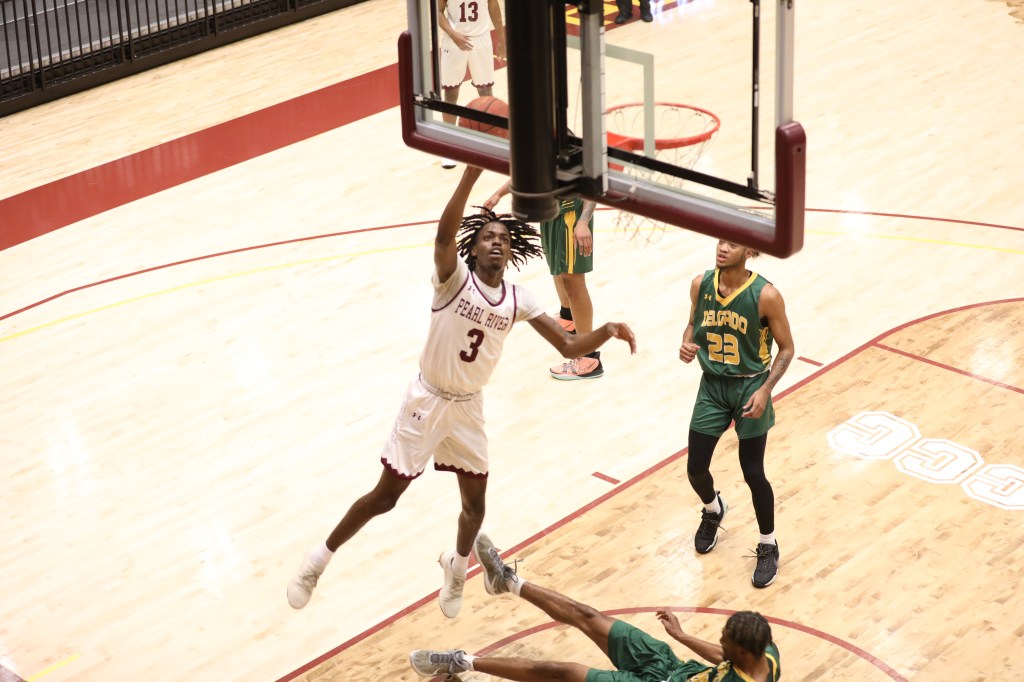 “I was pleased with our effort today,” head coach Chris Oney said. “One of the things that we talked about after the first Delgado game was just getting better and to stop making the same mistakes. I thought last game and this game were steps in the right direction.”

Oney credited his team’s defensive play after the game.

“Our defense was good,” he said. “We went to their gym and held them to under 60 points. I think that was because we didn’t turn the ball over as much. If we keep doing that and playing good defense, we will always have a chance to compete and win the game.”

BY THE NUMBERS
Leading the way on offense was Jaronn Wilkens (Biloxi) who scored 18 points to lead the team.  He also chipped in five rebounds.

“Jaronn was good. I thought that he set the tone,” Oney said. “He was aggressive on the offensive end. That helped calm the other guys down and it helped us build a lead and sustain it.”

Dylan Brumfield (Hattiesburg; Oak Grove) and Carlous Williams (Hattiesburg; Harrison Central) tied for second on the team, finishing the game with 12 points each. The pair also tied for the team lead in rebounding with seven a piece.

Brumfield led the way in assists with seven.

“Dylan was awesome tonight,” Oney said. “He and I talked about not being afraid to try to make plays even if it doesn’t work. Tonight, he was under control, and he tried to make as many plays as he could.”

NEXT UP
Pearl River returns to Marvin R. White Coliseum Monday to host Hinds. Tipoff for the game is set for 6 p.m.