She couldn’t believe her ears. Lynette Hegwood, 24, had always hated needles and now they were telling her she would need daily insulin injections for the rest of her life.

“In tears, I naively asked my doctor asked how I was going to get to his office for a shot every day,” said the retired state employee, now 74, over coffee near her Madison home. “I got the shock of my life when he said, ‘You’ll give them to yourself.’

“My world caved in around me.”

Hegwood had been married barely two years at the time.

Fast forward to December 2021, when she is merrily displaying what she says is the best Christmas blessing she could have ever imagined—a Joslin Diabetes Center medal for overcoming the daunting realities of diabetes for 50 years.

“Now that’s the kind of stocking stuffer I like to see,” said Mary Fortune, executive vice president of the Diabetes Foundation of Mississippi and a 50-year survivor herself. Fortune wrote a letter to Joslin, which is affiliated with Harvard University, vouching for Hegwood’s timeline.

“I am most grateful for Fortune’s active and very public advocacy even before my diagnosis,” Hegwood said. “She has long been the face of diabetes for Mississippians and my role model.”

Until the time of Hegwood’s diagnosis, diabetic lifespans were so short that medals were given for surviving 25 years. But Mary Tyler Moore, also diagnosed in adulthood with type 1, had only just tossed her hat into the chilly Minneapolis air when in 1970 Joslin bumped up that milestone to 50.

When Hegwood read about the new medal, she knew she would wear it one day. Smart and savvy, with a sly look that seems to say I get it, she began devouring every bit of diabetes literature she could find, learning all she could to prevent complications like blindness, kidney failure and worse.

“I started with the American Diabetes Association’s Diabetes Forecast magazine,” she said. “You don’t wait on improvements. You seek them out.

“By the way, are you going to take insulin for that coffee?” she asked the reporter, who also has type 1. “Research shows that—even without sugar—coffee can raise your glucose.” Noted.

Sometimes Hegwood even has an edge on her doctors’ understanding of diabetes mellitus (or honeyed urine, a loose translation from the Greek), in which the immune system attacks the insulin-producing cells of the pancreas that control blood sugar. Hegwood believes a polio virus triggered her own autoimmune response.

For instance, when one physician said he didn’t want her taking multiple injections per day, based on her research Hegwood stood her ground. “I’m doing it anyway,” she retorted.

Then he came home from a conference and told her he was putting all of his patients on multiple injections.

Sweet, as they say.

“If you stay informed, you can stay healthy and alive,” said Hegwood, who not only wears a Tandem insulin pump and a Dexcom continuous glucose monitor but also uses a new ultrarapid- acting insulin called Lyumjev.

Dr. Wayne Woo of Dr. Woo’s Diabetes and Endocrinology Institute in Flowood congratulated Hegwood, who has been his patient for nine years. “Living with diabetes is a challenge, and Lynette has successfully demonstrated excellent self-management diabetes skills so she can achieve a healthy life and minimize long-term complications,” Woo said. “Well done!”

Hegwood misses her husband and “guardian angel” of 48 years, Paul, who died in 2019. “He followed my diet and I followed his exercise routine,” she said, which led her to competing in 10k runs.

“I-20 wasn’t paved yet, and living in Clinton at the time we would run on the dirt foundation and didn’t have to contend with traffic. My proudest run was in 1978 on a 97-degree day when I was the first female finisher—not just in my age group but out of everyone.”

And in spite of the health risks of pregnancy (see Julia Roberts in “Steel Magnolias”), Hegwood was determined.

“In women with diabetes they would take the baby by C-section three weeks before it was due because the placenta would fail, and the risk was that the baby would be premature. People usually equate premature with low birth weight, but with diabetes you have larger babies, and mine weighed eight pounds, 11 ounces.”

Hegwood’s son, Brendan, spent three days in the ICU with underdeveloped lungs, but he does not have diabetes. “He is married, and my daughter-in-law has always been an organic natural foods person, so I know my son is getting that,” she said.

Slim and trim herself, Hegwood said she gets excited talking about diabetes. “I like encouraging people, but if someone tells me that they are sympathetic, I’m quick to let them know that I

believe I’ve lived a healthier lifestyle due to diabetes.”

Her advice to those who want to handle the disease as well as she has?

“I pray about this, because I want God to use me to help someone in some way, and I feel like He will provide that,” Hegwood said. “Don’t beat up on yourself, because it can be a roller coaster, but expect and allow for challenges and always strive to do better. And be content when you know you’re doing the best you can.”

Hegwood, who says she is detail oriented, spent three decades in various Mississippi state jobs and was featured in America’s Outstanding Young Women. She credits her sunny outlook to a career of writing business letters that would sometimes spin negatives into positives.

“A positive mental attitude is hugely important,” she said. “I’ve had a lot of joy in my life, so many blessings to be thankful for. Focusing on that is better than dwelling on the negative.”

And now that Joslin has established its 80-Year Lifetime Achievement Award, Hegwood is ready to roll. 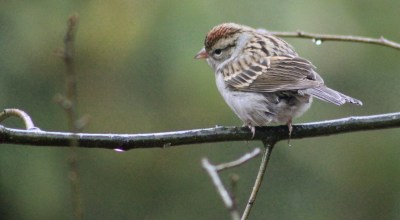 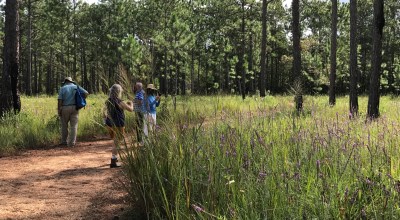 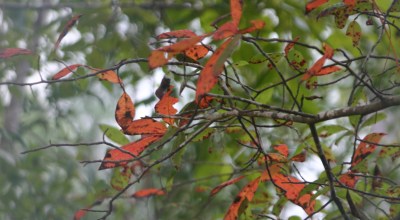