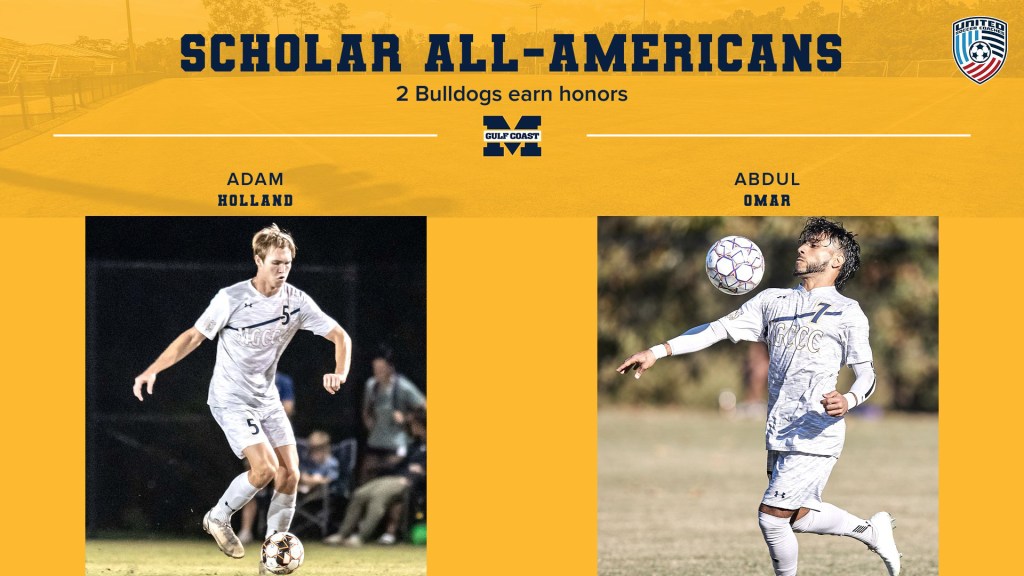 The duo helped Gulf Coast reach its first MACCC championship in a decade and its first-ever appearance at the national tournament. They were named Scholar All-American Second Team.

Holland, a sophomore defender from Moss Point who played at Resurrection, was one of the Bulldogs’ ironmen in central defense. He typically played all 90 minutes and helped Gulf Coast register the fifth-lowest goals-against average in the MACCC during the regular season, and he scored a goal.

He has a 3.79 grade-point average in nutrition.

Abdul Omar, a sophomore midfielder from Madison who played at Germantown, scored two goals and assisted on three others. He was the Bulldogs’ designated corner kick-taker and instrumental in a number of set-piece goals.