Lex Doby named Citizen of the Year by NAACP 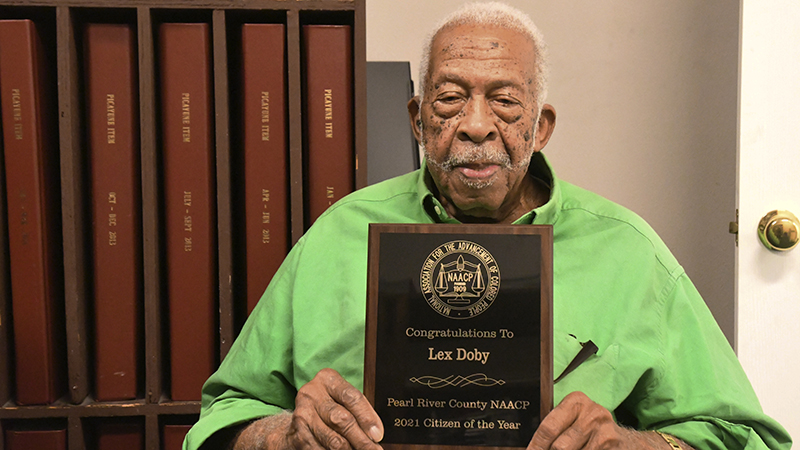 Lex Doby shows off his Citizen of the Year award from the local chapter of the NAACP. Photo by David Thornton Jr.

Lex Doby from Picayune was awarded Citizen of the Year by the Pearl River County National Association for the Advancement of Colored People.

At 90-years-old Doby is an active member who has served with the St. James African Methodist Church Episcopal Church since the age of 3. He has also served in various capacities with the city wide Fifth Sunday School Union. Doby is a proud veteran who served in the United States Army during the Korean conflict. Doby is a two-time retiree, retiring from John C. Stennis Space Center and recently as a board member of the Picayune House of Authority after 41 years of service.

Doby’s philosophy is simple, “How far you go in life depends on your being tender with the young, compassionate with the aged, sympathetic with the striving and tolerant of the weak and strong. Because someday in your life you will have been all of these.” ~ George Washington Carver.

Doby is a grateful and appreciative man who was honored yet a little surprised when he learned he won this award. He said he’s not only proud of himself but also honored to be recognized by the NAACP for the great things they do in the community.