Lady Maroon Tide struggle to score against the Eagles 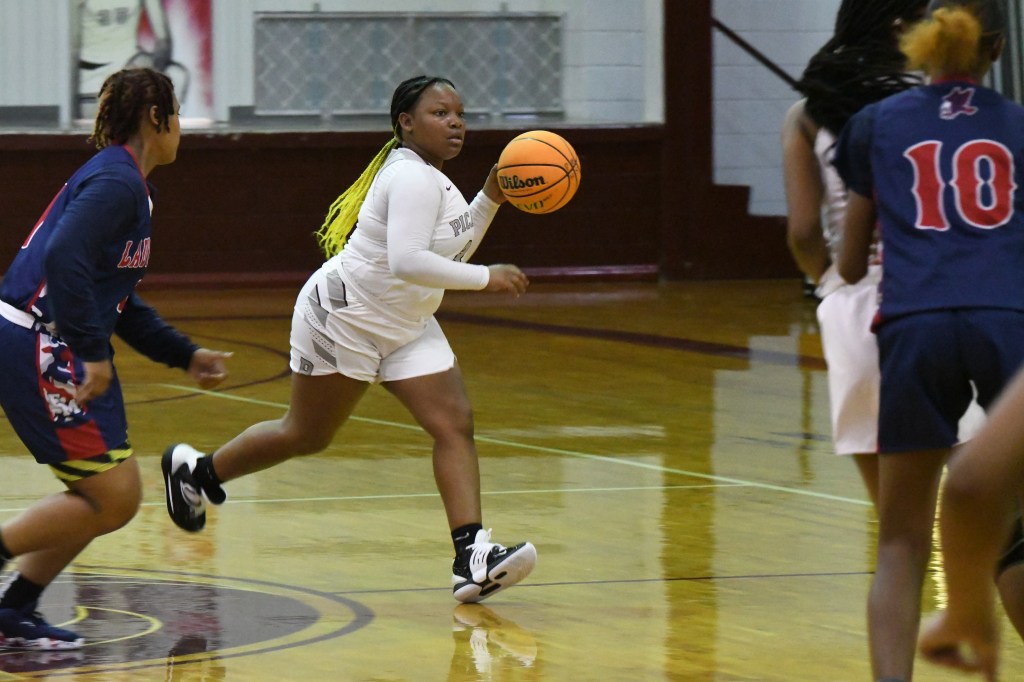 The Lady Maroon Tide basketball team couldn’t seem to buy a bucket in Tuesday night’s game against the East Marion Eagles.
“We started pretty slow, we knew they were going to try and pressure the ball and that’s one of our weaknesses right now,” said girls Basketball Head Coach Toby Bush.
The Eagles made an 11-0 run in the first six minutes of the game. Maroon Tide senior Alex Fields scored with less than two minutes remaining in the first quarter.
The Eagles ended the quarter by hitting two threes and led 17-2.
In the second quarter, the lady Maroon Tide picked up a few steals and Fields made her way to the strike and went 1-2.
Freshmen Amiya Graves had a layup in transition, and freshmen Da’kiya Littles went coast-to-coast for two points after picking up a steal.
The Lady Maroon Tide still trailed the Eagles at the half 25-7. In the next two quarters, the Eagles went on a 17-0 run to close the game 42-7.
The Lady Maroon Tide is having a slow start to the season, now 1-10 on the year through a seven game losing streak.
However the team is still young with little experience in playing varsity basketball.
Alex Fields is the only senior on the team, the rest are freshmen or sophomores.
“The trials and tribulations of having a young team… we got to handle adversity better. I know the team has it in them, there’s no doubt in my mind that we can play better, handle the ball, and we can score,” said Bush
There is some growth in the team however.
“We’re making fewer mistakes on defense, that’s a positive step, offensively we got to handle the changes in defense better and we got to handle a little bit of pressure better,” Bush said.
Bush still holds confidence in his players, he plans to intensify their practices in order push their physicality and better the ladies play, hoping it translate it in further games.
“I’m not losing hope, the girls aren’t losing hope, I know we’re better than this, and they know we’re better than this. We just got to come out and be able to show it… we have to show it every day,” said Bush.
Next, the Lady Maroon Tide will play the Christian Collegiate Academy Bulldogs at home, Dec. 20 at 6 p.m.