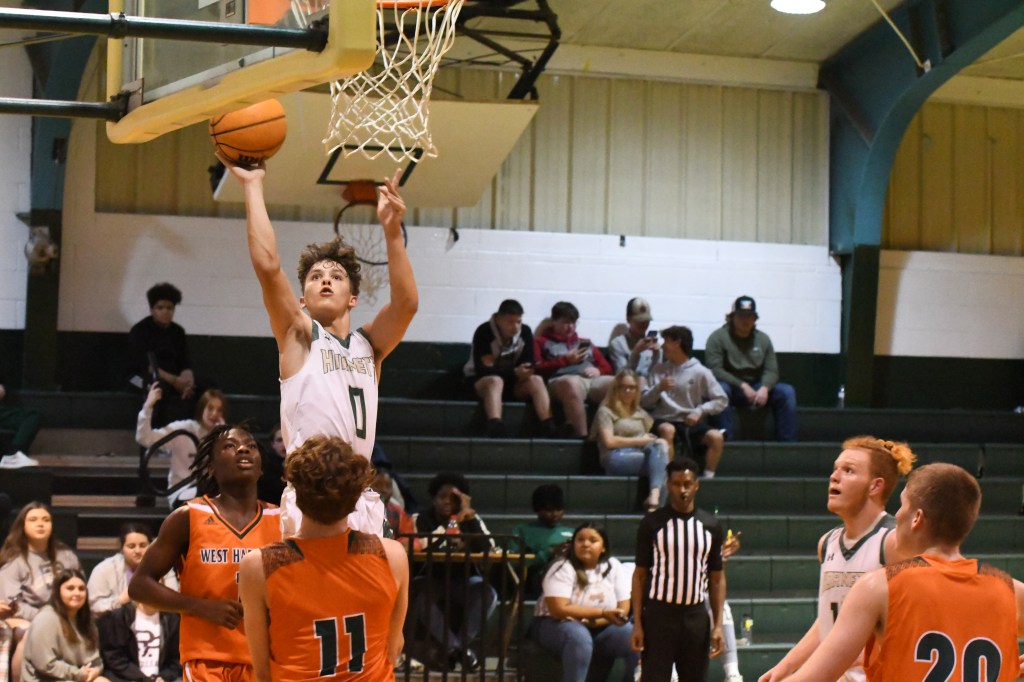 The Poplarville Hornets boys basketball team clinched their first win of the season over the West Harrison Hurricanes on Friday night after pulling away late in a 45-39 win.
“These kids are warriors, they go to war every night, and they play their tails off. We’re still figuring things out offensively, we have trouble scoring at times, but defensively we get after it. We held a good team under 40 points and we got a good win before Christmas break,” said boys basketball Head Coach Dennan Seal.
The first quarter was low scoring, but the Hornets were on top at the end, 6-5.
In the second quarter the Hurricanes led 10-6 in the first three minutes. The Hornets came up with an on ball steal and converted a layup to stop the Hurricanes’ run. They later hit a corner three, then forced another Hurricanes turnover leading to a layup. The Hornets reclaimed the lead at 13-12 before hitting another corner three to send the team into halftime up 16-14.
In the third quarter the game stayed close but the Hornets remained on top with a one point 26-25 lead.
With less then 50 seconds left to play in the fourth quarter, the game was tied at 39-39. The Hornets stayed discipline on defense took three trips to the strike. They made all six free throws to close out the game with a 45-39 win.
Next, the Hornets will host the South Jones Braves on Dec. 28 at 7:30.