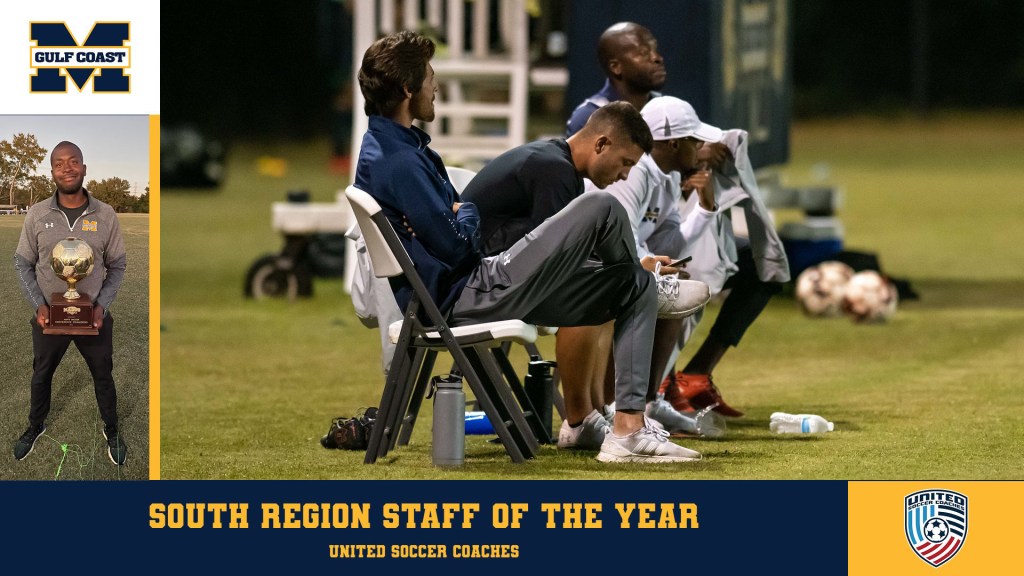 PERKINSTON — The Mississippi Gulf Coast men’s soccer team advanced to its first national championship tournament this year, and its staff was recognized by the United Soccer Coaches for their outstanding season.

The staff, led by head coach Chris Handy, was named NJCAA Division II South Region Staff of the Year by the national organization. Quintin Walker, Windham Whatley and Cavan Doherty are his assistants.

The 2021 season saw the Bulldogs win their first state championship in a decade on the way to advancing to the NJCAA Division II Men’s Soccer Championship in Wichita, Kansas. Gulf Coast lost a pair of tight one-goal games there.

“The biggest thing is we’ve had good seasons and done a good job before, but to have this one be recognized this year is great for everybody onboard,” Handy said. “We’ve always worked really hard, so it’s nice when someone else recognizes it.”

The staff will be recognized at the national convention in January and is now under consideration for National Staff of the Year.