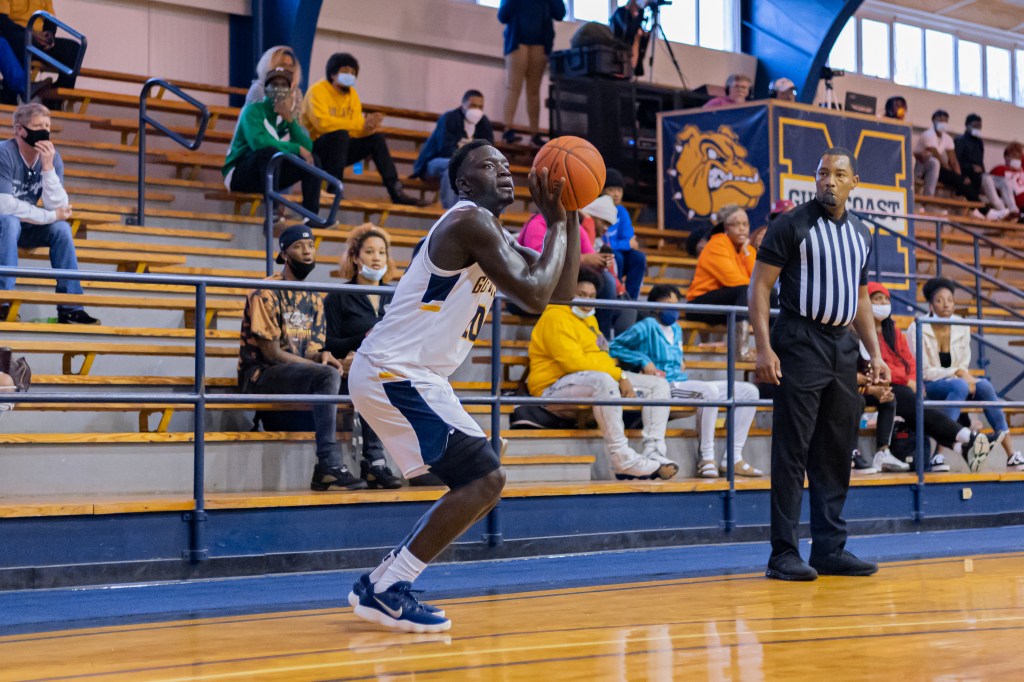 PERKINSTON — Mississippi Gulf Coast faced the team that knocked it out of the Region 23 Men’s Basketball Tournament in the spring and got some revenge Thursday night.

The Bulldogs beat Holmes 75-62 at the Weathers-Wentzell Center with a second-half surge in the MACCC opener for both teams.

“Conference is always tough,” Gulf Coast coach Tim Ryan said. “These guys came to play and they’re a tough team. Every game is going to be like that whether it’s a 15-seed versus a 1-seed.”

Holmes (2-4) missed all eight 3-pointers in the second half and shot 14.3 percent for the game. Gulf Coast lost 96-89 to the other Bulldogs in the second round of the Region 23 Tournament in April.

Melvion Flanagan (So., Peabody/Alexandria, La.) had 13 points, seven rebounds and three assists. Anthony Ratliff (So., Terry/Jackson) had a double-double with 11 points and a game-high 10 rebounds.

“That’s what we have to improve on if we want to make a run here,” Ryan said. “If we can’t take care of the ball, it’s going to be hard to make a run.”

Gulf Coast hits the road Monday for a rematch against Jones. The Bobcats handed the Bulldogs their only loss of the season. Tipoff at Ellisville is set for 6 p.m.