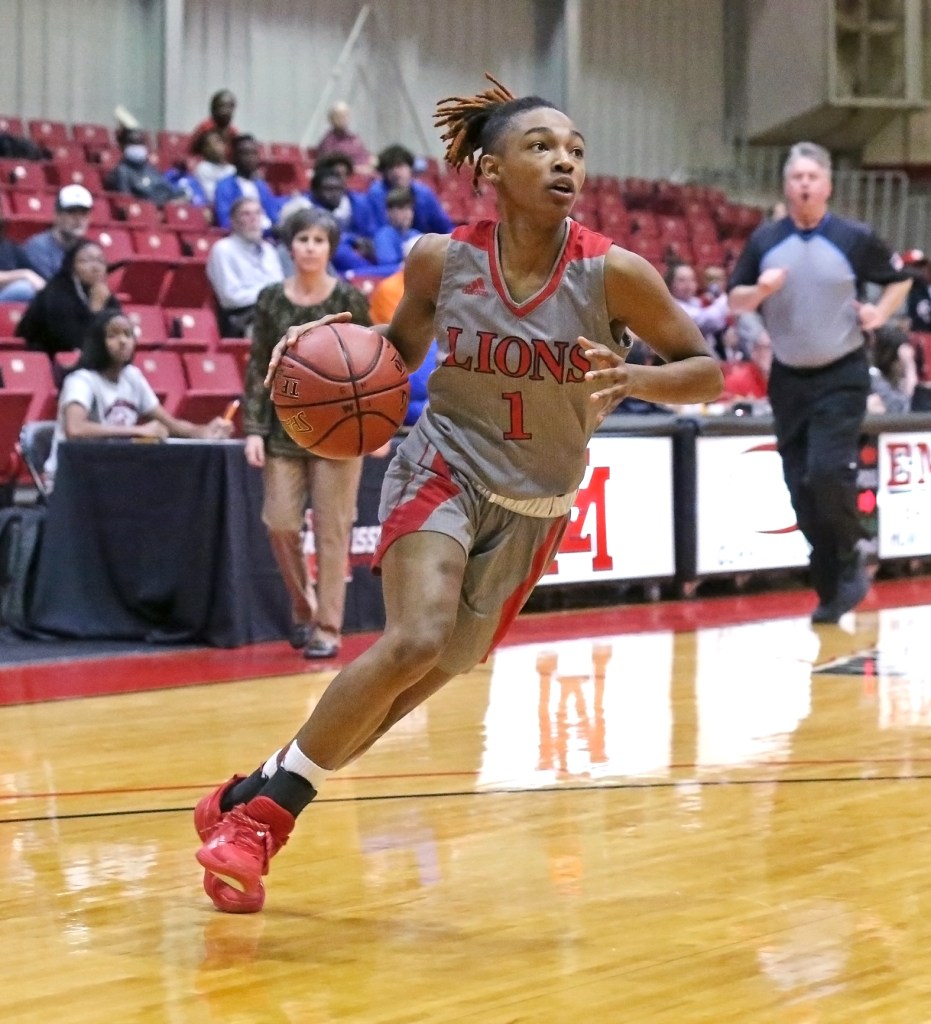 JACKSON — East Mississippi Community College’s Shakira Wilson has been named the MACCC Women’s Basketball Player of the Week, as announced Tuesday by the Mississippi Association of Community Colleges Conference and voted on by the league’s sports information directors.

Wilson, a 5-foot-6 guard, poured in a career-high 33 points on 13-of-17 shooting from the field and 5-of-7 three-point accuracy during EMCC’s 83-71 conference-opening home win over Northwest Mississippi last Thursday (Dec. 2). She also added three rebounds, three steals and two blocked shots against the Lady Rangers.

On the season, Wilson leads Coach Sharon Thompson’s 4-5 Lady Lions in scoring at 12.9 points per contest in addition to averaging 3.0 rebounds, 2.3 steals and 1.8 assists per outing. She is shooting 40 percent overall from the field and 36 percent from beyond the three-point arc.

A product of Southeast Lauderdale High School in Meridian, Wilson was EMCC’s second-leading scorer (7.9 ppg) a year ago as a freshman behind two-time All-Region 23/All-MACCC standout and current Troy University forward Ja’Mia Hollings.