Pearl River football sends six to the next level 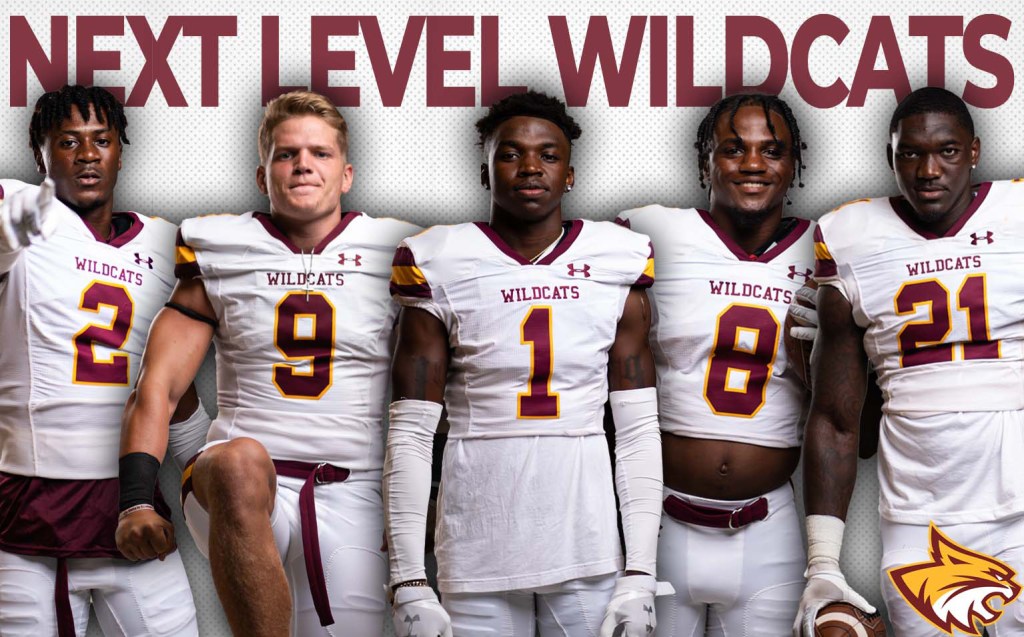 Also moving to the next level is Southern walk-on Dustin Allison (Pass Christian).

LATREAL JONES
Jones was a playmaker in the Pearl River passing game. In the 2021 season, he tallied 14 catches for 245 yards and a touchdown.

Jones’ best game of the season came against East Central when he tallied eight catches for 75 yards.

In his Wildcat career, the speedy receiver collected 66 catches for 874 yards and four touchdowns.

The 6-foot-1 Jones finished the year ranked as the No. 1 junior college receiver according to 247sports.

MICHAEL CARAWAY, JR.
Caraway transferred into Pearl River ahead of the 2021 season and made an immediate impact.

The cornerback made it tough for the opposing receivers often shutting them down.

The 6-foot-3 Caraway finished the year with 22 tackles, six pass breakups, one interception and one tackle for loss.

The South Alabama transfer paced the Wildcats in every rushing category, tallying 791 yards and nine touchdowns on 131 carries.

His six yards per carry was first on the team among running backs with 50 carries.

NOAH MITCHELL
Mitchell was one of the top defensive players in the country over his three years in the marron-and-gold.

In his freshman season, Mitchell led the MACCC in tackles with 91. His 11.4 tackles-per-game ranked fourth in the NJCAA.

As a sophomore, Mitchell tallied 83 tackles and 13.8 tackles-per-game, good enough for third and second in the NJCAA, respectively.

Mitchell returned to the Wildcats for a third season in 2021 and added 10 tackles, one sack and 2.5 tackles for loss before an injury ended his season.

DUSTIN ALLISON
The six-foot-one Allison played in six games for Pearl River during the 2021 season.

He completed 24-of-48 passes on the season for 269 yards and two touchdowns.

He also carried the ball 23 times for 66 yards.