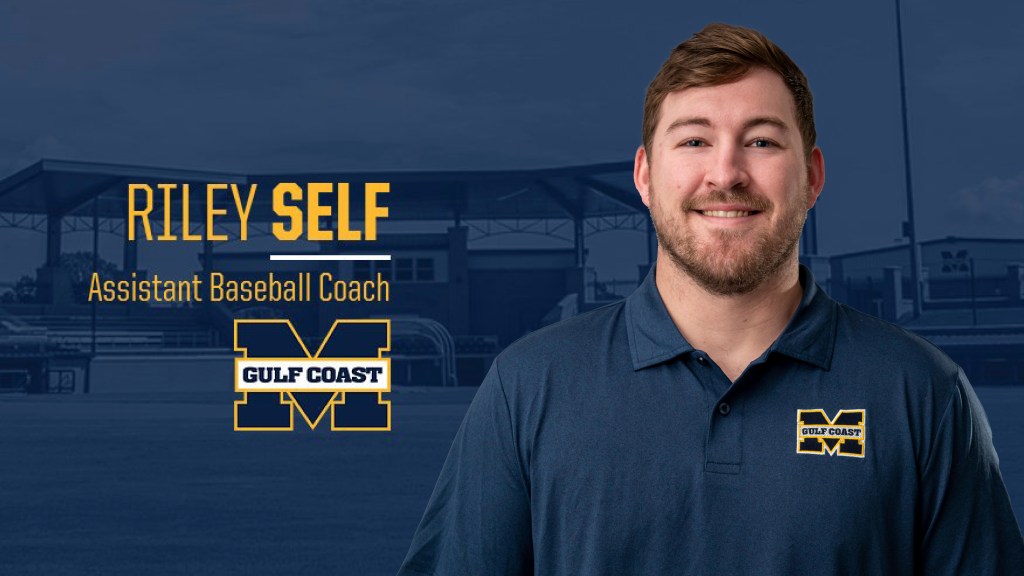 PERKINSTON — Mississippi Gulf Coast has added a coach to its baseball staff who has the shiniest ring in the state. Head coach Bob Keller has hired Riley Self, who brings a fresh College World Series championship ring with him to start his coaching career at Gulf Coast.

“I was looking to stay in baseball and I knew Coach Keller had a great track record,” Self said. “He runs the program right, and I wanted to get down here and be a part of it.”

He earned the ring as part of Mississippi State’s 2021 title team, and he’ll assist on the pitching side of the house at Perk. Keller scouted Self when he was with the Seattle Mariners and values his ultra-competitive spirit. He sees it as a valuable asset to influence players in the program.

“I didn’t want to pigeonhole this position to pitching guy or hitting guy. I just wanted a really good baseball guy who brought energy, someone who really wanted to immerse himself in this place because it’s a real, real fun time with players we’re getting and the culture we’re trying to infuse.”

Self went 13-2 with a 3.85 ERA during his Mississippi State career, striking out 112 batters in 112.1 innings. He appeared in 86 games, sixth-most in school history, including seven during the Bulldogs’ championship season before undergoing Tommy John surgery. He was 1-0 with a 1.17 ERA through seven appearances in the COVID-shortened 2020 season and had five wins in both his freshman and sophomore seasons. Self was named Freshman All-American by Baseball American and Collegiate Baseball.

He lettered five times at Magnolia Heights School was on Collegiate Baseball’s All-American First Team as a senior.

Self has a bachelor’s in sport studies.