Blue Devils head to Kiln for challenge against Hawks 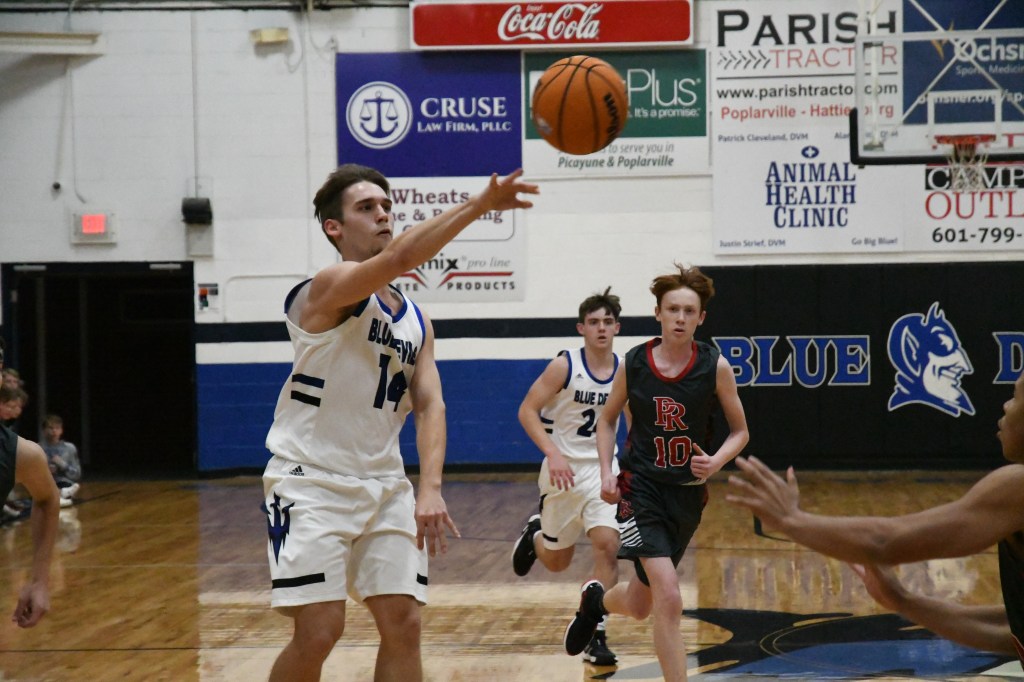 The Pearl River Central Blue Devils (8-2) look to build off Tuesday’s win as they tip off against the Hancock Hawks on Friday night at 7 p.m.
The Hawks have lost the last three contests, putting the team at 8-3 on the season. Even so, Head Boys Basketball Coach Scott Stephens sees this matchup as a good challenge for his Blue Devils.
“They shoot the ball well, they defend well, and they have smart players with good length. It’s a definite challenge for us but one we’re looking forward to,” said Stephens.
Even though the Hawks may present a number of challenges for the Blue Devils, PRC’s players still plan to focus on their own performance. Stephens is also focusing on his team being able to defend, rebound and execute offensively.
“We’re really not going to change a lot, we are who we are regardless of the opponent.”
With district play approaching in early January, the Blue Devils look to Friday’s matchup and how the challenge will prepare them for making a run at a district championship.
After Friday’s game, the Blue Devils will be back home to tip off against local rival, Poplarville’s Hornets on Dec. 14.