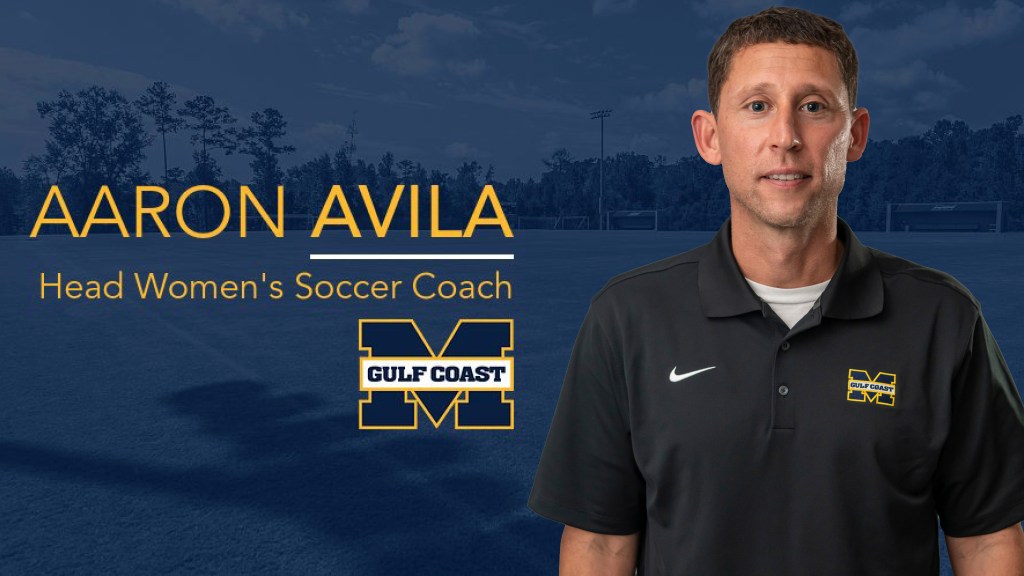 PERKINSTON — Mississippi Gulf Coast has hired a proven winner as the school’s new women’s soccer coach. Aaron Avila has won a national championship as a player, a state championship as a coach, and has been successful at the community college and university level throughout his coaching career.

“I know it’s a program that has done well over the years and has a lot of potential to continue to grow,” he said. “I’ve heard a lot of positive things from the people there about the potential, and that’s something that attracts me to the program. Hopefully, I can bring my ideas and my coaching style to help the program grow and reach a higher level.”

Avila will be in his home state when he takes over the Gulf Coast women’s soccer program in 2022. The graduate of West Jones High School takes over in Perkinston after winning a national championship as a player and a string of success in stops as a community college and college coach. He entered the 2021-22 season coaching his first season at Sumrall High without ever having a losing season as a coach and brings a 104-52-25 record as a college coach to Perkinston.

“We are thrilled to have Aaron as our new women’s soccer coach,” Gulf Coast athletic director Steven Campbell said. “Aaron is a high-level recruiter who is extremely familiar with Mississippi high school and community college soccer and someone who has shown the ability to consistently produce winning programs. Aaron’s knack for player development, his ties with Mississippi high schools, and his network of coaches at the four-year level will elevate this program to an immediate title contender.”

In four years as women’s coach at Newman, an NCAA Division II program in Wichita, Kansas, Avila turned around a program that had experienced five straight losing seasons. His teams went 37-22-16 in four seasons. The 2018 team finished 12-4-3, Newman’s best-ever mark in D-II, with seven players on the All-Heartland Conference team for the second straight season. Newman had the conference Defensive Player of the Year in 2017 and the Offensive Player of the Year in 2018.

He coached the women’s team at Barton Community College from 2012-15 and also coached the men the last two seasons there. His women’s teams went 46-22-5 and were nationally ranked all four years, as well as reaching the NJCAA Region IV semifinals. He was the Kansas Jayhawk Community College Conference Women’s Soccer Coach of the Year in 2012, the year Barton had the KJCCC Defensive Player of the Year. Overall, his teams produced 26 All-KJCCC players and nine All-Region players. The men’s team went 21-8-4 with national rankings and region appearances both years. Avila had the 2015 Offensive Player of the Year as well as 13 members of the All-KJCCC team, eight All-Region players and one All-American.

“The end goal for me is to have a group of players and a team that is very dynamic,” Avila said. “A group of players who can make their own decisions and play a very fluid style of soccer where we keep the ball and control the game.”

Avila was an assistant coach for the Tyler Junior College men in 2011, where the team went 18-1-4 and finished third at the NJCAA Division I national tournament. He was on the staff there with current Gulf Coast men’s soccer coach Chris Handy.

From 2006-10, he created a girls soccer juggernaut at West Jones, leading the team to an 82-10-2 record. The team won four division championships, two South State titles and a Class 4A state championship in 2009. He was Mississippi High School Girls Soccer Coach of the Year in 2008-9. Avila also coached the boys team there for three seasons, where they went 43-17-1 with three division titles.

Avila started his coaching career at Jones as assistant men’s coach in 2004, where he helped the team win its first South Division title. The team made its first-ever MACJC title game.

He played at Meridian Community College for two years, where the Eagles finished fifth in the country in 1999 and won the national championship in 2000. At Mississippi College, Avila was team captain and its Offensive Player of the Year. He was First Team All-American Southwest Conference.

The bilingual native of El Progreso, Honduras, earned his bachelor’s degree in mathematics from Mississippi College and a master’s in sport coaching education from the University of Southern Mississippi. He holds a Premier Diploma from the United Soccer Coaches and a National B License from the United States Soccer Federation.

Avila and his wife Ann have two children, a son Asher, 5, and a daughter Emery, 3.

“I’ve also enjoyed getting to know Dr. (Ladd) Taylor and Steven through this process,” he said. “That’s something that really drew me to Gulf Coast. It’s two guys who I’ve grown to respect and that I’d like to work for. I know they will push me to become a better coach, just like the current staff there.”