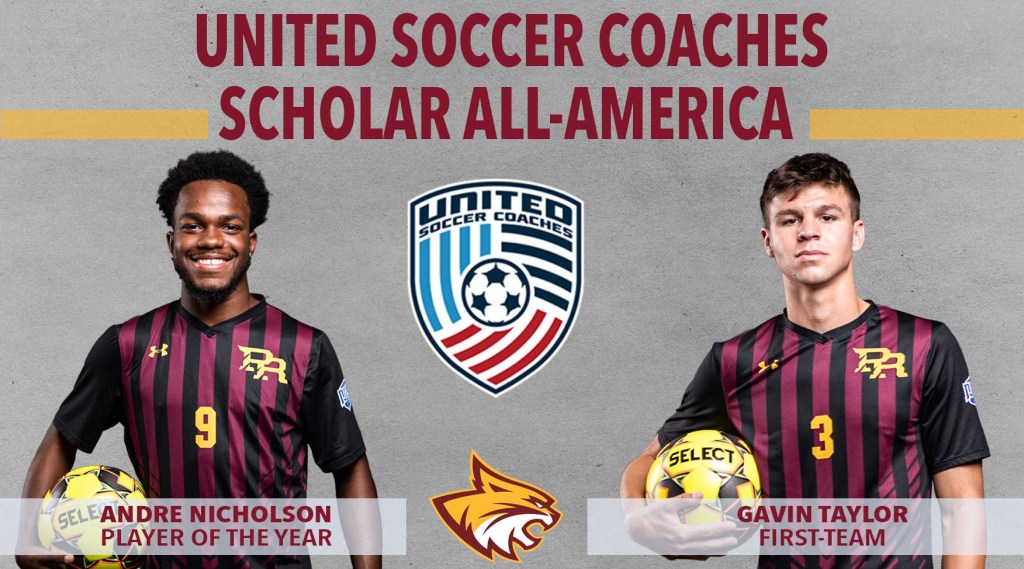 POPLARVILLE, Miss. — Pearl River soccer’s Andre Nicholson (Kingston, Jamaica; Clarendon College) and Gavin Taylor (Gulfport) excelled on the field all season long and have now been recognized for excelling in the classroom. The duo earned United Soccer Coaches Scholar First Team All-American selections and Nicholson was named Scholar Player of the Year.
ANDRE NICHOLSON
Nicholson earned the Player of the Year distinction for his incredible performance both on the field and in the classroom.
On the field, Nicholson finished third on the team in both goals and assists with five and four, respectively. In addition to his involvement in chance creation, Nicholson forced teams to focus on him every time that the ball touched his foot.
In the classroom, the sophomore finished with a perfect 4.0 grade point average. He was one of just three All-Americans to finish with a 4.0.
“This is an amazing recognition for Andre,” Pearl River head coach Drew Gallant said. “Everyone sees Andre’s talents on the field, but they don’t see the work that he has put in off the field. He is the type of player that every coach would love to have.”
GAVIN TAYLOR
Taylor finished the year with a 3.4 GPA as a chemistry major.
The lights-out defender was just as good on the field for the Wildcats, helping Pearl River lead the country in goals allowed (7) and goals-against average (0.44). PRCC also finished second in shutouts with 11.
While Taylor did not feature in the attack often, he managed to bag three assists on the season.
“Gavin was a great player and leader for us at the back of the formation this season,” Gallant said.
“He helped anchor a defensive unit that shattered school records. He’s obviously done the work in the classroom and is deserving of this recognition.”
For the latest on Pearl River Community College athletics, follow us on Twitter (@PRCCAthletics) and Facebook (PRCCAthletics).