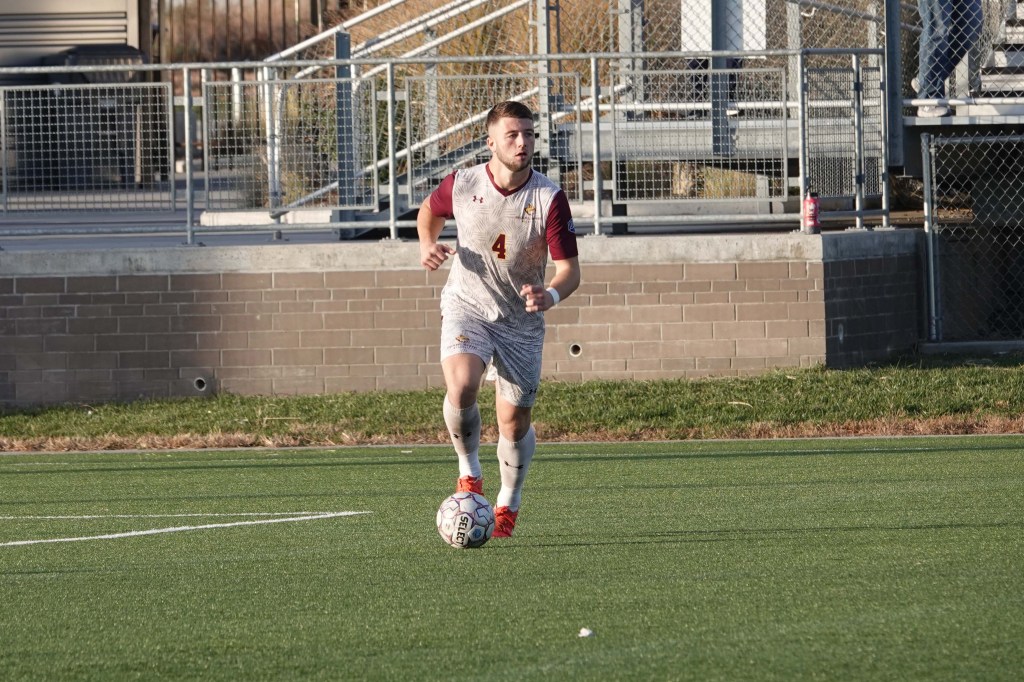 WICHITA, Kan. — Pearl River men’s soccer fought until the very end Monday, playing for 110 minutes before Phoenix College won the game 3-2 in penalties.
The Wildcats developed a number of chances throughout but were unable to get a goal in regulation.
“I thought we played well. They pressed us well and we got out of our game and the way that we play,” head coach Drew Gallant said. “I don’t think that we adapted well.
Overall the effort and the performance were there. Not the result we want, but we had a good performance. We missed penalties and we don’t usually don’t do that.
“I thought that (assistant coach) Diego (Figueroa) did a really good job of putting together the scouting report and having the boys prepared.”
Pearl River (12-0-4 overall) was in control of the game to start, holding possession and waiting to find openings to attack.
It wasn’t until the 22nd minute that the Wildcats had a chance to get on the board as Harper Baggett (Ocean Springs) tried to head a cross into the net but the attempt rose too far above the net.
Phoenix College (9-5-2) had its first chance to score in the 35th minute.
With the ball sailing into the box Jamie Chamberlain (London, England.; Dover Athletic Academy) jumped high above everyone to head the chance away.
The bouncing ball was cleared away shortly after.
As time was winding down in the first half, Durron Myers (Gulfport) headed a cross just to the right of the net.
Time eventually expired in the first half with the scoring even at 0-0.
Jason Irias (D’Iberville) received a ball on the win in the 53rd minute and dashed down the left side of the field. The freshman made a move around a Bears defender before he sliced a ball toward the goal that hit the outside of the net.
The momentum switched in the latter part of the half as Phoenix college began making chances of their own.
The 64th minute saw the Bears earn a free-kick just outside of the box. The kick from the right side was smacked toward the far post but curved too much and rolled out of bounds.
The Bears earned another free-kick outside of the box in the 79th minute. Maddux Francis (Poplarville) made easy work of the shot attempt jumping up to make the catch and keep the match scoreless.
Just two minutes later Phoenix College broke through the Wildcat back line and had a wide-open scoring chance.
Rather than taking the shot, the Bear forward passed off to a nearby teammate who put a shot on goal.
Francis again stepped forward to make the save.
Neither team was able to bag a goal in the remaining 10 minutes as they ended regulation tied 0-0.
A few minutes into the half PC had another chance off a set-piece but again sailed their shot attempt wide left.
In the 94th minute, the Wildcats nearly went home with the win as Ryley Smith (Manchester, England.; Castlebrook) blasted a shot on goal that was clanked off of the crossbar and cleared away.
Nothing happened for either team throughout the rest of the overtime periods, forcing the teams into a penalty shootout.
The Wildcats smacked home the first penalty kick and Francis immediately saved the first attempt by the Bears, diving to his left to knock the shot away.
Pearl River then missed their next three shot attempts and Phoenix College claimed the match 3-2 on penalty kicks.
UP NEXT
The Wildcats wrap up pool play Wednesday as they take on St. Charles (Mo.). The match is set to begin at 4 p.m. and can be viewed at NJCAATV.com
For the latest on Pearl River Community College athletics, follow us on Twitter (@PRCCAthletics) and Facebook (PRCCAthletics).

Blue Devils on a roll after beating Rock-a-Chaws