Unfortunate end for the Hornets during run for state title 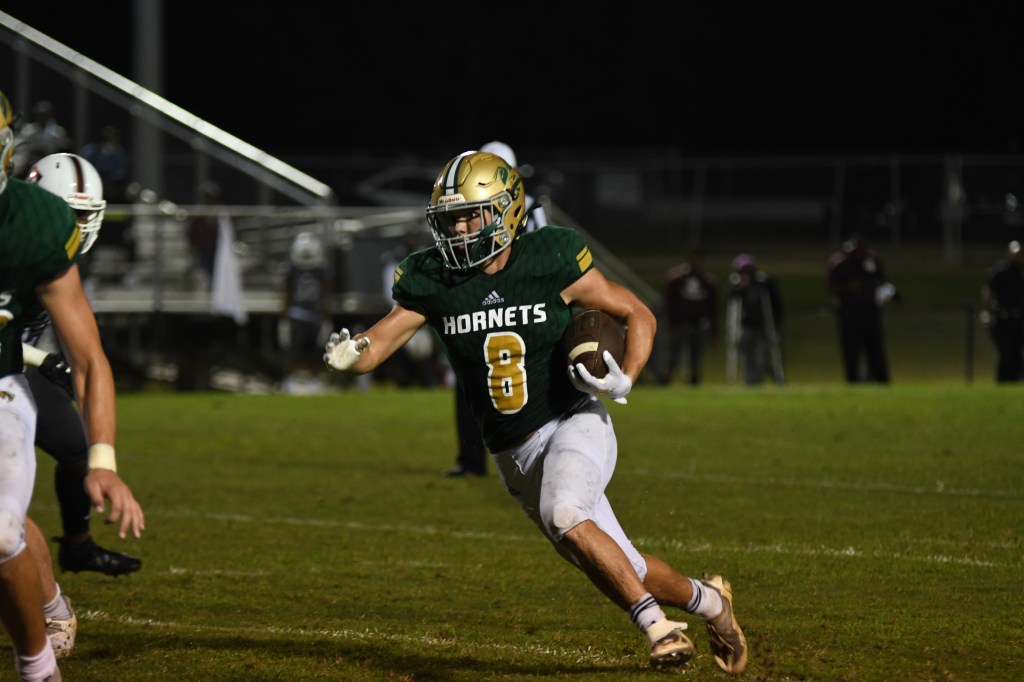 The Poplarville Hornets’ playoff run came to an end after a 12-7 loss to the Columbia Wildcats last Friday night.
The loss will mean the Hornets will not make an appearance at the 4A State Championships since 2017.
“It’s kind of weird sitting here today watching everybody prepare for one (state championship),” said Head Coach Jay Beech.
“We battled against a great opponent and had a chance to win. I’m proud of our effort we had a great year and a great run.”
In last Friday’s game, the Wildcats scored in the first quarter off a 33-yard pass from Carter Smith to D.J Cloyd.
The Wildcats failed the two-point conversion attempt but still led 6-0. The Hornets’ solo score of the night came off a fumble recovery that ended with a 52-yard touchdown by Nakiel Trotter. Zack Carpenter knocked in the extra point attempt, giving the Hornets the lead 7-6 mid-way through the third quarter.
“It was a big play it put us in the lead for a while and it gave us a chance to win,” said Beech.
The Hornets had a chance to extend its lead by two touchdowns but failed to convert just outside the end zone.
“We didn’t convert on 4th and 1 on the goal line, it ended up being the difference in the game even though it was in the second quarter,” said Beech.
The Wildcats scored early in the fourth quarter, which eventually gave the team the win, when Wildcats Omar Johnson ran to the end zone from four yards out.
The Wildcats again failed the two-point conversion attempt and led 12-7 with 11 minutes to go.
The Hornets struggled to find footing on offense and in the end the Wildcats managed to hold on to that lead.
“All we had to do was a little bit on offense but in the end we couldn’t… pretty down about that,” said Beech.
The Hornets offense ran for a total of 143 yards on 34 carries and threw for 13 yards on seven attempts.
Beech was proud of how his defense performed; the squad played well and kept the Hornets in the game. Ahmand Harmon picked up 13 tackles and Khalid More was right behind him with 12 tackles, one sack and a forced fumble that led to the Trotter scoop and score.
The Hornets had a great season and finished 11-3, putting the team in second place in 4A Region 7.