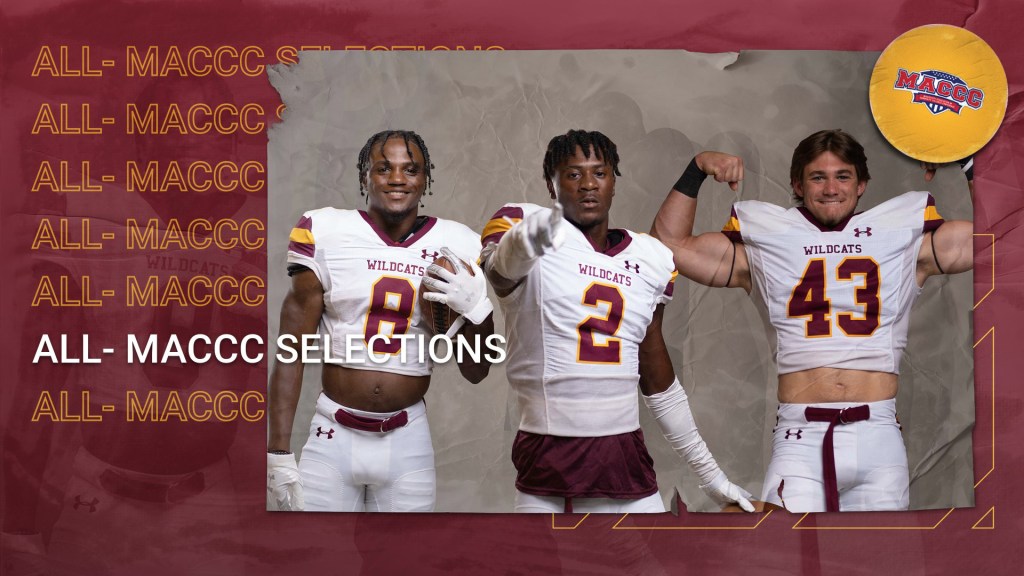 POPLARVILLE, Miss. — The Mississippi Association of Community Colleges Conference recently announced its All-MACCC teams with three Pearl River football players landing on the list. Tony Brown (Hurley; East Central), Michael Caraway Jr. (Bassfield; Jefferson Davis County) and Michael Owens (Hattiesburg; Oak Grove) were named All-MACCC Second Team
TONY BROWN
The sophomore running back was electric for the Wildcats this season running 131 times for 791 yards.
He averaged six yards per carry and led the team in touchdowns with nine.
Brown’s best game of the year came in Pearl River’s 55-7 rout of Holmes.
In the game, he ran for 229 yards and four touchdowns on just 10 carries.
MICHAEL CARAWAY JR.
Caraway Jr was an electric cornerback, giving receivers little room to work with this season.
The sophomore finished the year with 22 tackles, six pass breakups, one tackle for loss and one interception.
The season resulted in an explosion in his recruitment, bringing in nine offers before committing to Southern Miss.
MICHAEL OWENS
Owens lands the awards after finishing the year 6-for-11 on field goals. His longest of the year was from 34 yards.
The freshman kicker also finished the year with an 83 percent conversion rate on his extra-point attempts, finishing the season 19-for-23.
On the season, Owens had 38 kickoffs for 1938 yards and eight touchbacks. He averaged 51 yards per kickoff.
For the latest on Pearl River Community College athletics, follow us on Twitter (@PRCCAthletics) and Facebook (PRCCAthletics).