Thiam named Bulldog of the Week 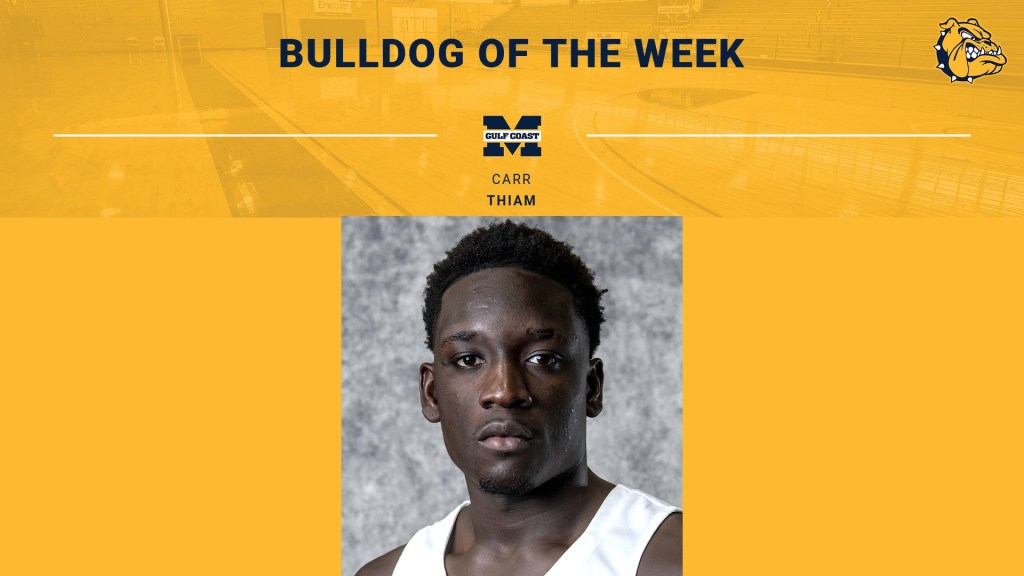 PERKINSTON — Carr Thiam has been named Bulldog of the Week for Nov. 22-28.

Thiam, a sophomore forward from Tampa, Fla., shot the lights out in an 18-point night for Mississippi Gulf Coast in an 82-63 win at Baton Rouge. He was 4-for-6 from the 3-point line and shot 70 percent from the floor in addition to grabbing six rebounds.