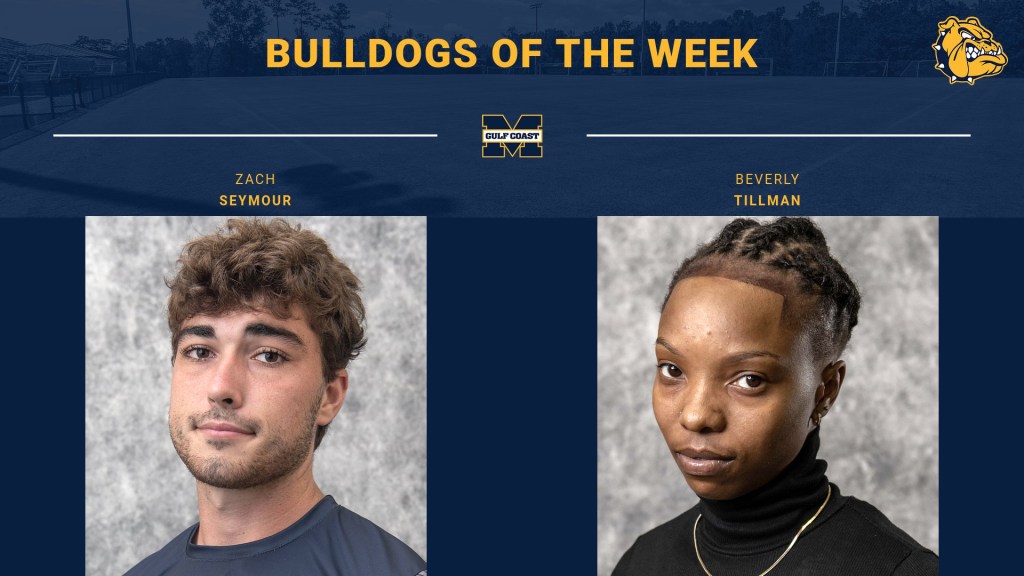 PERKINSTON — Zach Seymour and Beverly Tillman have been named Bulldogs of the Week for Nov. 1-7.

Seymour, a sophomore from Gulfport, handled more than the usual keeper duties during No. 15 Gulf Coast’s MACCC/Region 23 Championship game against No. 3 Pearl River to lead the Bulldogs to the title. He stopped six shots in regulation and overtime, then converted MGCCC’s sixth PK in the shootout before stopping PRCC’s eighth attempt. He also stopped every shot he saw in posting two playoff shutouts before the finals.

Witwise Akyeano, a freshman from Milton Keynes, England, had goals in the semifinals and finals. He had a goal in the 2-0 win over Itawamba in the semis, and his game-tying goal with less than three minutes left in regulation made it 2-2 and forced overtime. He converted his PK during the shootout on the way to Gulf Coast’s championship.