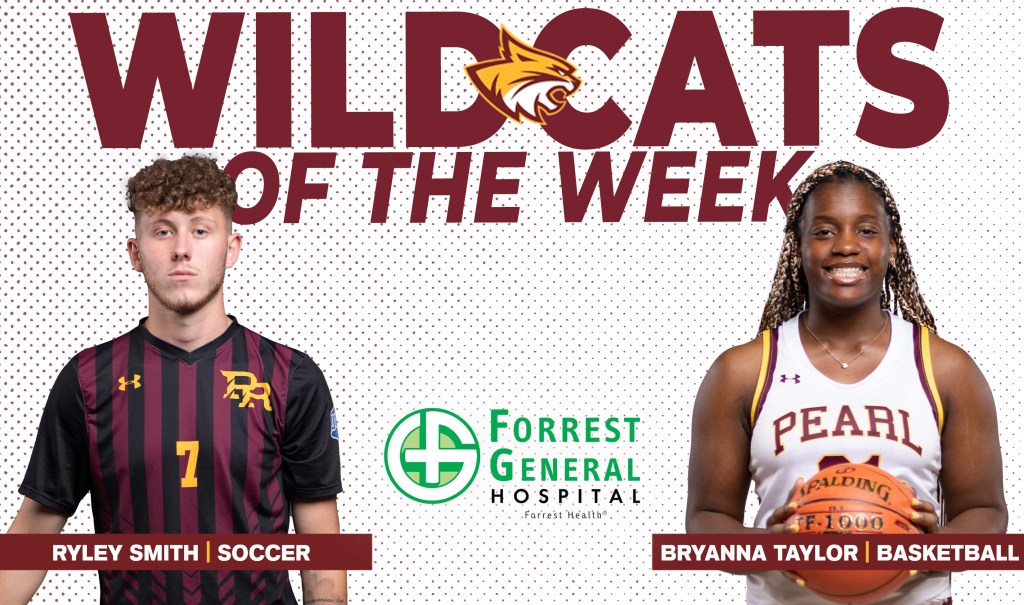 RYLEY SMITH
Smith assisted on both goals that Pearl River scored against Hinds, delivering two great passes off of set pieces in the 2-1 victory.

In the MACCC Final against Gulf Coast, Smith tallied one goal and converted his penalty kick attempt in the 8-7 loss in penalty kicks to Gulf Coast.

BRYANNA TAYLOR
Taylor averaged 10 points per game and eight rebounds per game in the Wildcats’ wins over Gadsden State and Snead State.

In the 85-62 win over Gadsden State, Taylor tallied a double-double with 18 points and 13 rebounds. She also chipped in two assists and one block.

UP NEXT
Women’s basketball returns to action Thursday as they host Snead State for its home opener. The game is set to tipoff at 5:30 p.m. and will be livestreamed at PRCCMedia.com/gold.