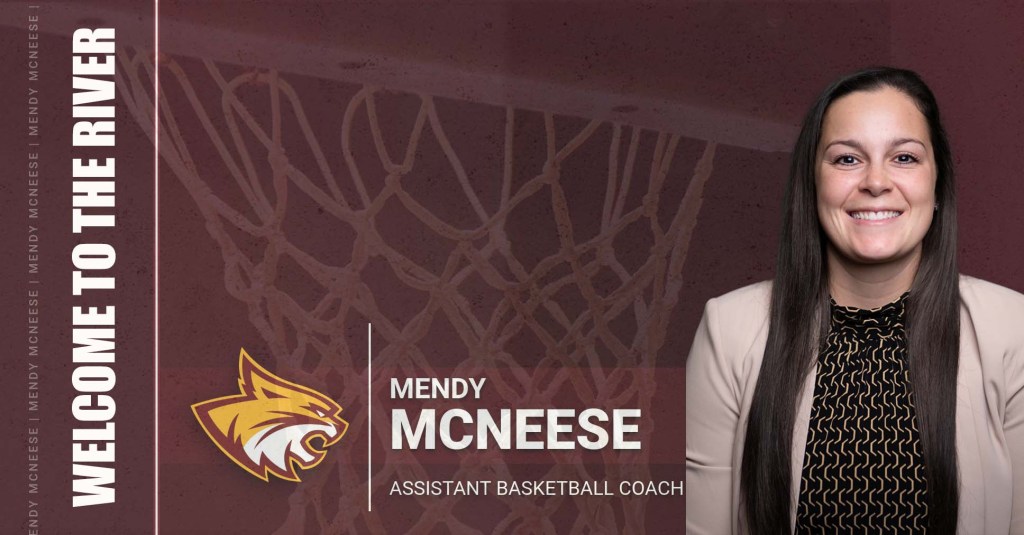 POPLARVILLE, Miss. — The Pearl River women’s basketball program recently announced the hiring of Mendy McNeese. McNeese brings a wealth of knowledge from playing at the Division II level before coaching at both Division II and Division I.

“Her ability to connect with recruits and players is great,” head coach Scotty Fletcher said. “She is really good at developing players. When she was working in Division II, she was the assistant coach of the year and she has worked in division one.

Fletcher felt that McNeese’s energy was great for the program.

“She has a big heart and loves the kids. Her energy is extremely good. She’s kind of like the female version of me. She’s bouncing off the walls. She has a lot of energy and excitement. I love that.

“There’s no question that she’ll make a huge impact on our program.”

McNeese’s path to Pearl River wasn’t an easy one, but she’s glad that she ended up a Wildcat.

“This job opened up in spring and Coach Fletcher and I had a connection,” she said. “He knew one of my former teammates. He was looking for an assistant and I was looking to make a move and she put us in touch. Immediately we had a great connection. I loved his energy and what he’s about. I’m a very energetic coach as well and I love relationships. I love to work with these kids, and we had that in common. We just kind of clicked, but I ended up deciding to go with another opportunity as the director of operations at the Division I level. I just really missed coaching and I missed the relationships that I had with the girls.

“Coach Fletcher and I reconnected, and I ended up deciding to make the move. It took me longer to get here than I had planned, but I’m glad that it worked out and I’m excited to be here.”

McNeese sees herself as a passionate and encouraging coach.

“I’m a fiery coach. I’m a yeller and a screamer. I stomp my heels. I get into the kids,” she said. “That’s why I love these relationships. I want to know how to coach these players the best. I’m going to be their cheerleader, but I’m also going to be their toughest critic. This is a great group of ladies that can take it and want to get better.”

McNeese already feels at home in her first few weeks as a Wildcat.

“This has been the friendliest place and the place that has felt the most like a family since I left my home in Tennessee. I am blessed and thankful to have walked into this environment and family that was already here. Coach Fletcher has laid a great foundation and that’s why we are where we are today. I’ve never been around a group of girls that brings the energy like they do.”

COACHING CAREER
McNeese was on the staff at Division II Converse University in Spartanburg, S.C.  for three seasons. She spent one season as a graduate assistant coach and two years as a full-time assistant.

She then moved to the Division I rank at Stetson University in DeLand, Fla. where she was the Director of Women’s Basketball Operations for five months.

PLAYING CAREER
Before finding her way into coaching, McNeese was a standout player in high school and in college.

McNeese prepped at North Greene in Greenville, Tenn. where she averaged 14.3 points per game, 4.9 rebounds per game and four assists per game.

McNeese was a three-time All-Greene County selection as well as a two-time Player of the Year. She was named All-District two times and earned the Watauga Valley Conference Player of the Year in 2014. Her play resulted in consideration for the Tennessee Miss Basketball award at the conclusion of her senior year.

She then moved on to East Tennessee State University for two seasons. While playing for the Buccaneers, McNeese tallied 37 appearances, scoring 45 points, hauling in 24 boards and assisting 22 baskets. She also shot 74.2 percent from the free-throw line.

McNeese then transferred to Queens University of Charlotte where her production increased, seeing action in 43 games and making 25 starts. She averaged 9.6 ppg and tallied 127 rebounds, 51 steals and 57 assists. Her 84.8 free-throw percentage ranks seventh all-time in a single season for the Royals. She also is fourth all-time in career free-throw percentage (82.3) for the Royals.

PERSONAL
McNeese earned a Bachelor’s degree in Sport Management from Queens University of Charlotte in 2018 before earning her Master’s degree in Liberal Arts from Converse University in 2020.