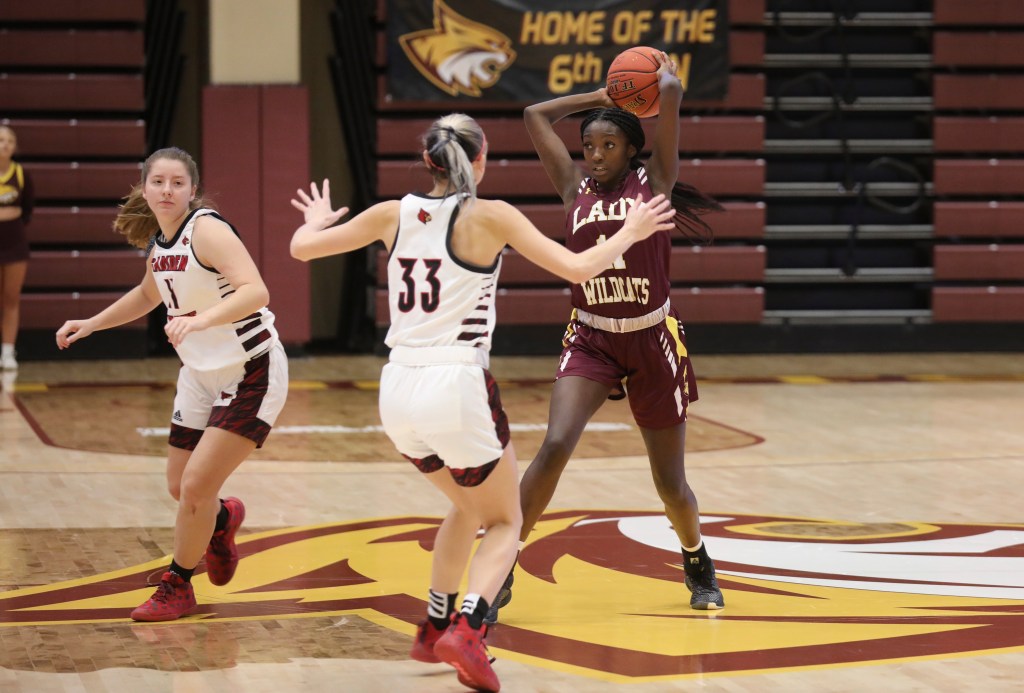 NEW ORLEANS, La. — The Pearl River women’s basketball team rolled over Delgado, 73-37, Monday evening to continue their hot start to the season.
“Any time you can open region play with a win on the road, that’s a great start,” PRCC coach Scotty Fletcher said. “This team is an absolute pleasure to coach.”
The Wildcats (4-0) continued to dominate at both ends of the court from the first whistle, leading 25-10 in the closing seconds of the first quarter. Keshunti Nichols (Pearl) provided a massive spark for Pearl River throughout the first quarter with 13 points including two free throws.
“KeKe has been playing phenomenal. I thought that she represented everything that we want in terms of girls that wear Pearl River across their chest,” Fletcher said.
Pearl River again broke its first quarter scoring record while taking a 32-10 lead into the break.
“That’s a record since I’ve been here; to score 32 points in a 10-minute quarter is extremely tough to do,” Fletcher said.
Pearl River’s defensive dominance was on full display throughout the first half including a second quarter in which allowed only a single point with 57 seconds remining. PRCC closed out the half with a 45-11 lead.
PRCC didn’t let up in the third quarter, extending its lead to 60-23. The Wildcats never looked back in the fourth quarter, taking the game by a score of 73-37.
Fletcher highlighted the play of Otashae Burrage (Cathage; Leake County).
“I thought Tae was really good and she continues to do what a sophomore does,” Fletcher said. “She had 11 points, four rebounds, and three steals in 17 minutes.”
LEADERS
Nichols finished with a game-high 15 points, while Burrage added 11 and Halle Traylor (Tupelo) scored 10. Alesha Temple (Oak Grove) led PRCC on the glass with seven rebounds. Nichols pulled in six.
UP NEXT
The Wildcats return to action Saturday against Southern University-Shreveport. Opening tip at Marvin R. White Coliseum is set for 2 pm.
TICKETS
Season and single-game tickets are available now and can be purchased at PRCCAthletics.com/tickets.
TUNE IN
All home Pearl River basketball games are livestreamed for free at PRCCMedia.com/gold. Fans who have Roku, Amazon Fire or Apple TV devices can also watch the Wildcat broadcasts by downloading the “Pearl River CC” channel from their app stores.
Games can also be heard on WRJW 1320-AM, 106.9 FM and WRJWRadio.com.
For the latest on Pearl River Community College athletics, follow us on Twitter (@PRCCAthletics) and Facebook (PRCCAthletics).