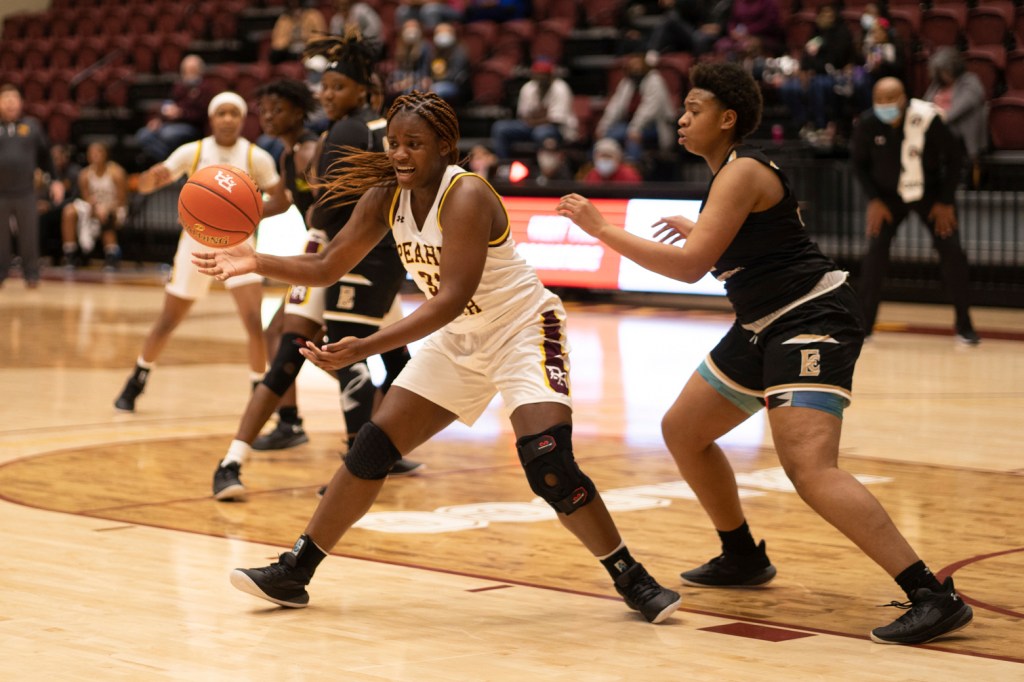 “First and foremost, any time that you are able to get a road win in college athletics, it is a great feeling,” head coach Scotty Fletcher said. “I’m really proud of our resilient effort. We didn’t drop our heads and we didn’t get down. We settled down and guarded the way that we are capable of. They shot the ball extremely well and that’s a credit to them.

Fletcher was able to rotate his players often in the win.

“Any time that you can rotate in as many girls as we did, it’s a reflection of their character,” Fletcher said. “This group is really selfless, they love playing with each other, they love cheering for one another and that speaks volumes to their character. Coaches call plays but players make the plays. This was a great test for us to open the season.”

The Wildcats were without one of their stars, Brandy Scott (Hammond, La.) in the victory.

“Our thoughts and prayers are with Brandy Scott and her family. She had to miss this weekend after losing her grandmother. We’re all thinking of her.”

FIRST QUARTER
Pearl River (1-0) opened the first quarter by taking the first four points. After a long jumper was missed, Bryanna Taylor (Terry) grabbed the rebound and put it into the basket. Her basket was followed up by Ty’Mesha Reed (Meridian) driving the lane before floating a ball into the net.

Gadsden State (0-2) grabbed a basket back before nailing a 3-pointer to give the Cardinals a 5-4 lead.

The teams began trading blows for the rest of the quarter, starting with a Keshunti Nichols (Pearl) basket that made the score 6-5. Gadsden State immediately put two more points on the board to retake a 7-6 lead.

A layup and a jumper from Halle Traylor (Tupelo) gave the Wildcats a 10-7 lead.

GSCC fought back to grab a four-point lead at 17-13 before Nichols drained a 3-pointer from the top of the arc to cut the deficit to one. Gadsden State added on a free throw, but a Reed jumper knotted the score up at 18 just before the first quarter ended.

SECOND QUARTER
The Wildcats came out of the gate on fire in the second quarter going on a 12-0 run.

Nichols scored the first basket of the quarter before the Wildcats stretched their lead out to 26-18 with 7:02 left in the quarter.

Two more Pearl River baskets made the score 30-18 before GSCC made two free throws to break up the run.

After a Taylor putback, Amaijah Smith (Gulfport) drove into the lane and laid a ball up that made the score 34-20.

The Wildcats saw their lead grow to 39-26 when Reed threw a pass into the paint for Nichols who laid it off the glass and into the basket. Pearl River added on two more scores to go into the break with a 43-29 lead.

THIRD QUARTER
Gadsden State opened the third quarter of play by hitting a 3-pointer, but Taylor scored two quick baskets to extend the Pearl River lead out to 47-32.

GSCC grabbed another basket right after, but PRCC went on a 13-0 run that was capped off by a Reed 3-pointer. The run gave the Wildcats a 60-36 lead.

Gadsden State got a few points back before Gabby Collier (Brandon) hit a long jumper before the quarter ended to make the score 62-41.

FOURTH QUARTER
To start the fourth quarter, Marcavia Shavers (Biloxi) missed a shot but scooped up her own rebound before putting it into the basket. Collier followed her up by draining a 3-pointer, making the score 67-41 in the process.

The Wildcats continued to put pressure on the Cardinals eventually building out a 27-point lead, making the score 79-52.

GSCC added on a basket, but a Wildcat player found Smith who was wide open behind the 3-point line. Smith caught the ball and immediately found the net to give Pearl River an 82-54 lead.

PRCC eventually went on to win the contest 85-62.

BY THE NUMBERS
Taylor led the team in scoring with 18 points while controlling the rebounding effort.

“BT was a monster on the glass tonight. We know what she’s capable of,” Fletcher said. “She’s missed a lot of time, but I know she will continue to get better and better.”

Reed was all over the court Friday night, scoring with ease. She tied for second on the team in points with 13.

“Ty has grown up so much and has taken the next step as a person and as a player,” Fletcher said. “We’re seeing that. She’s seen the benefits of the growth that she’s made.

Pearl River returns to action tomorrow as they travel to take on Snead State. The game is set to begin at 2 p.m.